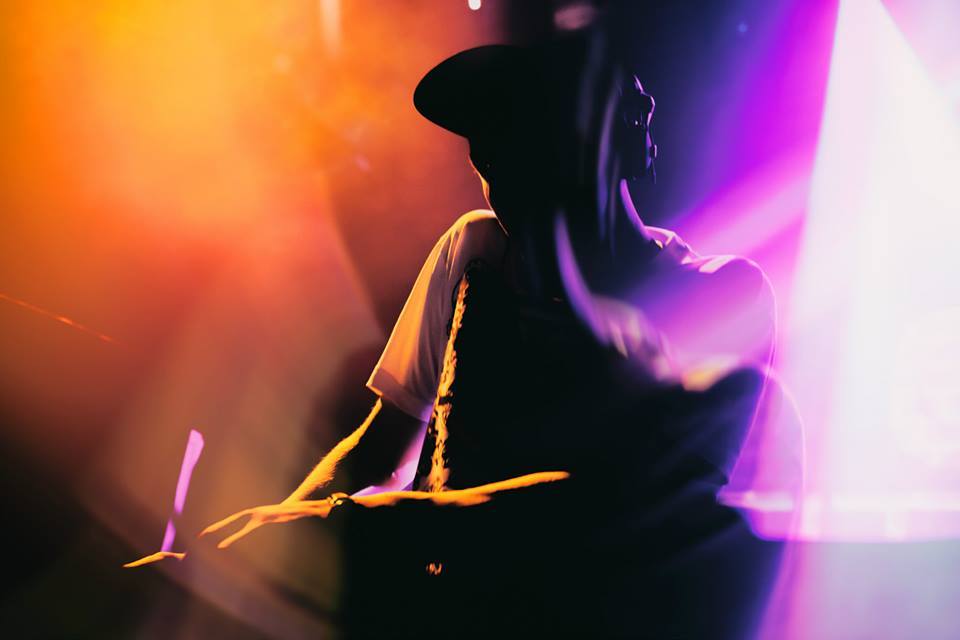 Stray is one of our favourite contemporary drum’n’bass producers, though as his Against the Clock session shows, he doesn’t just make drum’n’bass.

In his new mixtape, Since You’ve Been Gone, the Exit-affiliated producer lifts the lid on several years’ worth of hip-hop beats, influenced by the lop-sided feel of Dilla and his contemporaries, the crisp snap of the Neptunes and more. We’re premiering Since You’ve Been Gone – you can stream it in full at Stray’s Soundcloud (below), or download the whole thing here.

On top of that, FACT TV are hosting the lush animated video for Since You’ve Been Gone‘s title track – made by our own Kamil Dymek and Pawel Ptak. We’ve embedded that mid-way through our catch-up with Stray below.

Hey Stray, why did you choose to do Since You’ve Been Gone as a mixtape? Like why would it not have worked as a set of singles or even as an album, say? Or was it just that you wanted it to stay separate to your d’n’b stuff?

It’s a compilation of some tracks I wrote around three years back. I wanted to give them away all in one go because they’re tunes which I think belong together… I guess the mixtape format allows me to draw a line under it and focus on new music for my album. The tracks are definitely a bit rough around the edges – the project files for these are mostly fucked so I couldn’t go back in and polish them up but I think that’s a good thing. As it stands the tracks serve as a sort of foggy snapshot into the past and it feels great, if a little strange, to be finally putting them out there.

It’s mostly hip-hop on here, as was the case with your Against the Clock episode.. is it frustrating that you’re always pegged as a d’n’b producer when this is clearly a part of what you do?

It’d be frustrating if it limited what I felt I could write or DJ, but it really doesn’t. There’s an increasing amount of crossover between the two scenes and drum & bass heads seem so open minded at the moment to what I’m doing. I’ll never forget what the d’n’b scene has done for me and I still feel like I owe it a lot – instead of jumping ship and rebranding myself, I’d prefer to keep trying to adapt people’s perception of the genre and its inhabitants. That said, I’m finding myself playing a lot of events that have little if any connection to d’n’b, and I I’d like to think my music reaches people who might not necessarily be into it at all – the internet naturally means that genre definitions are not what they once were and I’m enjoying the ride into the unknown.

What hip-hop artists are big inspirations / influences on the project?

Dilla is probably the clearest influence.. There’s also shades of Luke Vibert, some D’Angelo, Neptunes, Questlove, maybe some FlyLo / Thundercat going on.. I don’t want to make out like I’m comparing my work to those guys by the way, just saying they were probably big influences on the project!

What’s the significance of the title? Big Kelly Clarkson fan?

Not so much, but I hear she’s a big fan of my music. She likes the hyper-footwork material the most. I met her once at a rave and she kept asking me what type of compression I use on my master channel and then forgetting the answer and asking again. I told her I’d make a track with the same title as one of hers just to keep her off my back.

Tell us about the new video, then.

I wanted an animation video done for the title track which conveyed a sense of journey, love lost, and the light at the end of the tunnel. Never in a million years did I imagine the video would turn out as beautiful as it did – to say that Kamil and the guys at Spinning Arrow did an incredible job would be an understatement. The video features a guy with a stick figure-anonymity climbing a ladder to what could be interpreted as heaven, or an infinite nothingness beyond the realms of the universe. I’d prefer to leave any intended meaning ambiguous but I know I personally felt entirely disarmed and heavy hearted the first time I watched the video and I love the idea that it could have as powerful an effect on others.

What else do you have in the pipeline after this?

Things have been going pretty full throttle with the Ivy Lab and 20/20 projects as of late – the amount of new music that we are on the tip of releasing is ridiculous, and a lot of it is hip hop / beats material. As for solo music, there will definitely be another Exit EP dropping sometime next year, and I’m currently working on my first LP. It’s taking me ages, and I’m nowhere near finishing it. That’s partially to do with moving house though – I’m looking forward to getting back into the grind with it all properly around the start of next year. I’m curious to see how this mixtape giveaway goes down because I’ve always got tons of unreleased bits sitting around on my drive and it might be an idea to get into the habit of just putting them out there in this format.. Either way thanks to FACT for helping me push this project!