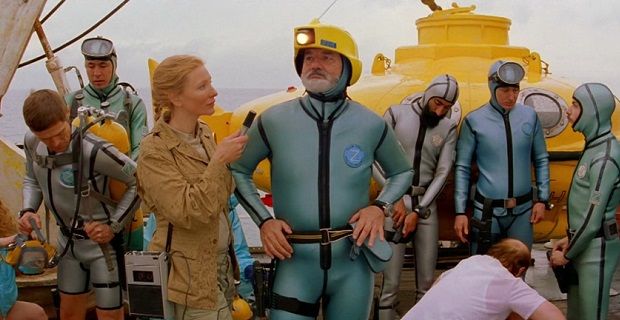 We demand a log flume infested with jaguar sharks.

Preposterous and wonderful news from Hollywood: Wes Anderson has revealed he wants to build a theme park designed by Devo co-founder and surreal genius Mark Mothersbaugh.

Anderson has commissioned Mothersbaugh to compose scores for four of his films – Bottle Rocket, Rushmore, The Royal Tenenbaums and The Life Aquatic with Steve Zissou – but this move would take their partnership into three dimensions.

The director revealed his plan in the foreword to Mothersbaugh’s new book, a collection of the Devo prankster’s paintings, sketches and screen prints. “I hope to soon secure the means to commission the construction of an important and sizeable theme park to be conceived and designed entirely by Mark Mothersbaugh,” writes Anderson. “For 40 years he has set about creating a body of work which amounts to his own Magic Kingdom, where the visitor is amused and frightened, often simultaneously.” We’re queueing for tickets already.

Mark Mothersbaugh: Myopia is out this week, while a box set of soundtracks from Anderson’s movies came out earlier this year following the release of The Grand Budapest Hotel. Meanwhile, Devo recently announced the release of a long-lost live album recorded in 1977. [via Dazed]