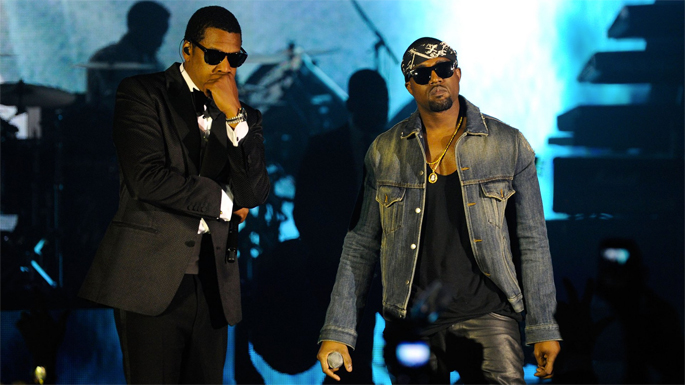 The trio have been accused of stealing elements of their track ‘Made In America’ from a musician selling his CDs outside a New York hotel.

In late August an artist named Joel McDonald, who performs as Joel Mac, filed a lawsuit for copyright infringement against Jay-Z, Kanye West and Frank Ocean. McDonald accused the pair of lifting elements of his song ‘Made In America’ for their tune of the same name that appeared on Jay-Z and Kanye’s 2011 Watch The Throne album. McDonald has stepped up his lawsuit this week by pursuing the case in federal court.

McDonald claims that he was selling copies of his CD outside the Mercer Hotel in New York’s SoHo district where the pair were recording their Watch The Throne album. According to McDonald, he sold a copy of the CD to producer Mike Dean before time passed and he realised that his song ‘Made In America’ was the basis for track number 11 on the album (which also has the same title).

You can hear Joel Mac’s ‘Made In America’ below or click here to listen to Jay-Z and Kanye’s Frank Ocean-featuring track of the same name. Although there are some similarities, McDonald is going to need all the help he can get to win this one.

Yeezy wasn’t too happy when quizzed about the matter by an incessant papparazzo earlier today. Jay-Z is unlikely to be phased however – the Roc-A-Fella rapper just announced his purchase of iconic champagne label Armand de Brignac, better known as Ace of Spades.