Watch the enigmatic Jandek star in a one-act play 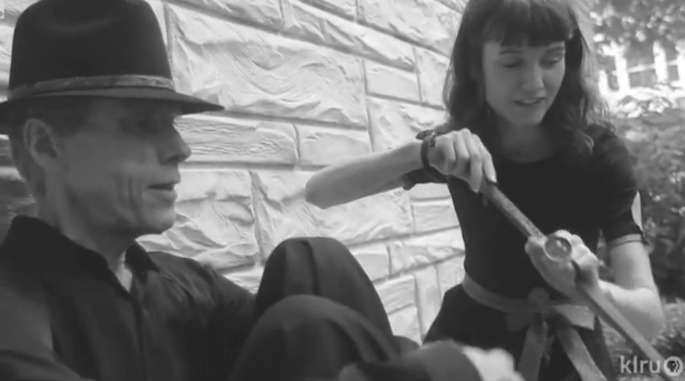 The ultimate outsider artist steps out of the shadows for a half-hour broadcast.

Until recently, virtually everything we knew about Jandek was shrouded in mystery. The Houston musician has put out more than 70 albums of broken blues, folk, spoken word and experimental racket, all issued with nothing more than a cryptic photo of the artist on the cover, leaving obsessive fans to speculate on the exact identity of their anti-hero, or if he even existed.

These days, the artist born Sterling Smith is a far less confounding proposition, having performed live several times in recent years and even giving his very first proper interview to The Wire magazine. For those who haven’t caught him on stage yet, there’s now a chance to observe Jandek in motion in a strange new “one-act play”. The monochrome Kooken was broadcast recently as part of the Hardly Sound documentary series KLRU, a PBS station based in Austin, Texas. Watch it below.

Among Jandek’s recent releases is huge nine-CD set of solo piano pieces, The Song of Morgan. [via Pitchfork]