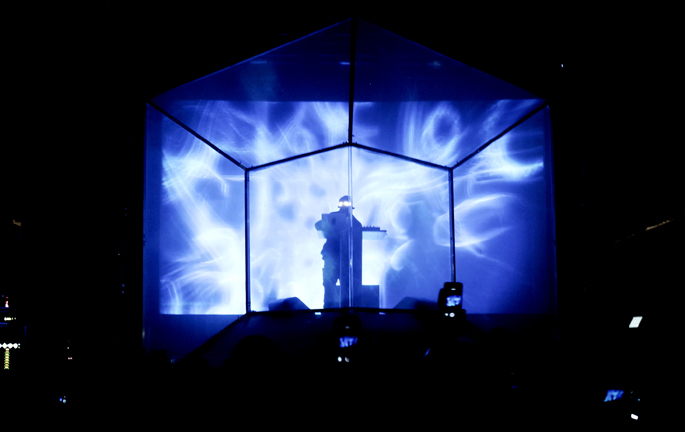 The creators of FlyLo’s unique performance sculpture take us inside the hi-tech structure.

Flying Lotus is currently touring on the back of his new You’re Dead album. The producer’s constantly evolving live show has received a fancy upgrade for the new tour with FlyLo performing his set from inside an imposing, futuristic structure called the Layer³. Layer³ (pronounced Layer Cubed) was developed from the Layer 3 system that FlyLo had used for previous tours.

“From the beginning of Layer 3, we wanted the show to feel like all the imagery was emanating from FlyLo’s movement and performance and energy,” said co-creator David Wexler, “And that the visuals wouldn’t just be a big spectacle that was behind the musician, but something that he was embedded in.”

Wexler has achieved his aim with his latest mind-blowing creation, developed in collaboration with fellow visualist John King, also known as Timeboy. The hi-tech Layer³ cube engulfs the performer in a vivid display of animations, with visuals designed to accompany the live musical performance. The effectiveness of the cube is dependent on the responsiveness of Wexler and King, who react to the music in real time and have a “telepathic” understanding with FlyLo.

“It’s all live improvisational performance,” says John King, “So [FlyLo] may play something totally abstract that we’ve never heard before or everything might be out of order.” Wexler contined “We’ve have great moments of flow and synchronicity and we’re finding new things all the time because it’s not set, it’s not time-coded.”

The result is an engaging live show that is truly unique, never producing the same sounds or visuals twice. You can check the stage design specs below and see more images over at The Creators Project. 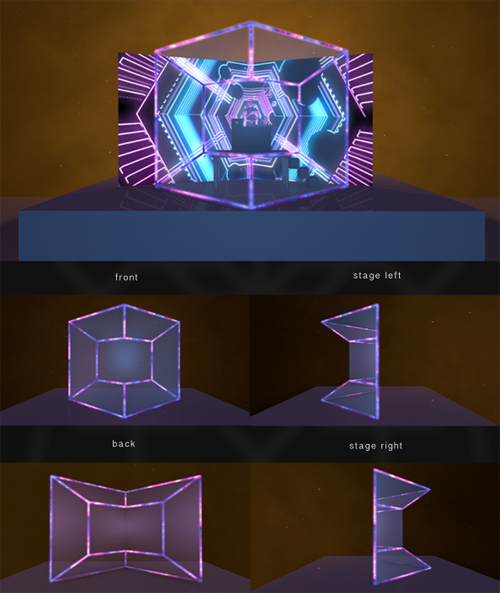