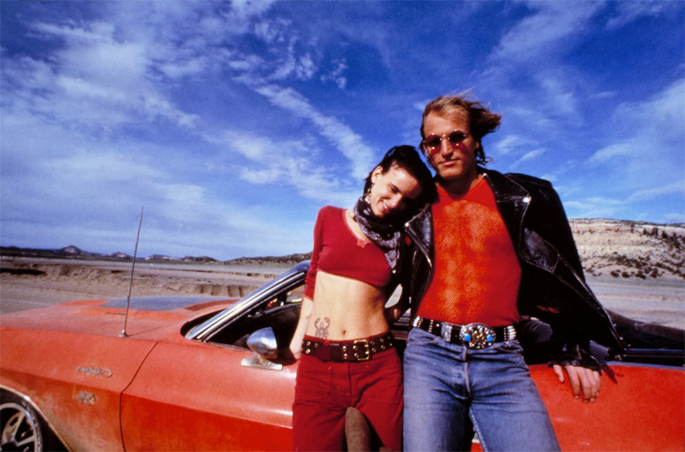 Nine Inch Nails leader Trent Reznor has developed a reputation for his film scoring skills in the last few years years. His recent work with Atticus Ross on films such as Girl With the Dragon Tattoo and Gone Girl has been widely praised with the pair even taking home an Oscar for their soundtrack to 2010 film The Social Network. Reznor’s first film soundtrack came all the way back in 1994 when his services were requested by director Oliver Stone for cult film Natural Born Killers.

Upon its original release just prior to the film’s arrival two decades ago, the soundtrack was available on CD and cassette formats. It was first issued on wax back in 1999 however vinyl copies have not been readily available since. Reissue hub Music on Vinyl has announced plans to repress Reznor’s score with the first 2000 copies arriving on “blood red vinyl”.

The soundtrack brings together a diverse range of acts from Reznor’s own Nine Inch Nails outfit to Leonard Cohen, Patti Smith, Dr. Dre and Tha Dogg Pound. It also contains snippets of audio taken from the film.

Reznor described his soundtrack to MTV back in the ’90s, explaining “I suggested to Oliver [Stone] to try to turn the soundtrack into a collage-of-sound, kind of the way the movie used music: make edits, add dialog, and make it something interesting, rather than a bunch of previously released music.”

Music on Vinyl will release the Natural Born Killers soundtrack on December 14. You can check the full tracklist below.