cLOUDDEAD: Dose One, Odd Nosdam and Why? look back at indie rap’s defining moment 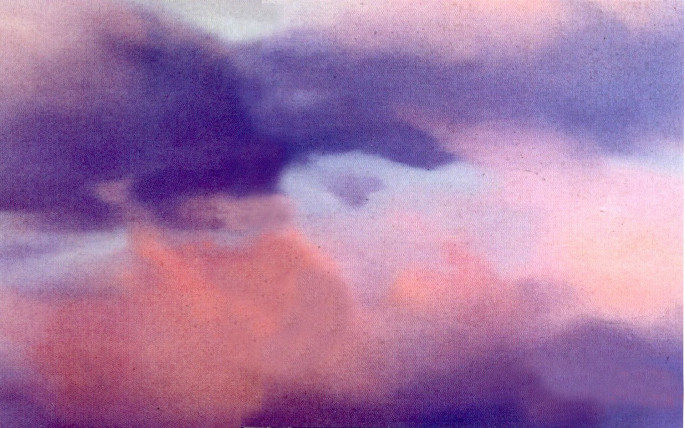 As Dr Dre’s 2001 vaingloriously carved out G-Funk’s epitaph, three young Americans from Cincinnati were signing the birth certificate of a whole other type of rap.

cLOUDDEAD, an eponymous compilation of six 10” records put out at the turn of the millennium, remains a key touchstone for the North American hip-hop underground. Rhymes by Why? (Yoni Wolf) and Dose One (Adam Drucker) gurgle over magisterial tracks of found sounds, field recordings and crate-dug samples produced by Odd Nosdam (David Madson). Using just an eight-track cassette multitracker, a Boss SP202 Dr Sample and a few cheap microphones, Nosdam looped and phased pop and electronic samples with cuts of moving furniture, telephone conversations, film clips and even a domestic blender set to ‘liquefy’.

The 10” apples the group created are each an episode of deconstructed rap, loaded with half-torn scraps of imagery. They are the recitals of a cryptic crossword whose answers remain forever out of reach. But cLOUDDEAD weren’t in the business of prescribing answers. They were reinventing the process of making hip-hop, root and branch. They retained many of the trappings of hip-hop, sporadically cutting in breaks and verses, but opened it up; they cited Aphex Twin and Daedalus as influences, sampled the 8-bit Goonies NES game and repeatedly repped the obscure figure of William Howard Taft, the 27th US president.

The 2001 album marks the point where the hip-hop underground hit its most stoner (though Dose and Yoni profess to having been “pretty darn drug free” themselves) and least down-and-dirty stride. Some of the more closed-minded press, particularly in the US, fobbed it off as “geek hop” – or even worse, pretentious.

“Other rap groups kicked open doors around the same time and had opportunities to infuse indie rap with their independence from the recording industry and a mainstream sound. But we were a part of rap’s independence in a different way”, explains Dose. “We took copious amounts of ownership over our bedroom rap and its content; we put our social security numbers on songs, and were ourselves … Yoni and I were bonded on a chemical level back then.”

“We just wanted to do cool and different shit with rap music. Do it in our own way. I was still 19 or 20 and very much still learning,” Yoni tells FACT. “It was a time when the possibilities of what music could be were boundless and I was just discovering that. Our creativity was pure, naive, loose, explosive and unstoppable.” 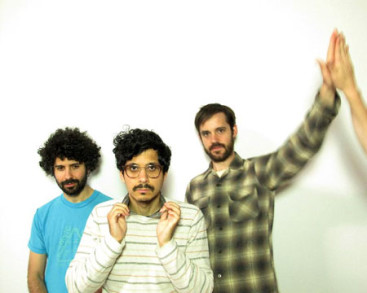 Anticon, which worked heavily with Why? and Dose, was arguably the most interesting of the labels that redefined hip-hop in the early 2000s, along with Lex (Boom Bip, DJ Signify), Definitive Jux (Aesop Rock, Cannibal Ox, Mike Ladd), Galapagos4 (Meaty Ogre, Qwel, Mestizo), Metaforensics (Sixtoo) and Warp (Antipop Consortium). Anticon had big ambitions, and after putting out a couple of mixes named ‘Hip Hop Music for the Advanced Listener’ and ‘Music for the Advancement of Hip Hop’, they lived up to their hubris with releases like Man Overboard by Nova Scotia’s Buck 65 and Personal Journals by Rhode Island’s Sage Francis. It was a sense of dislocation from the big urban centres of US hip-hop that formed many Anticon artists’ sound.

“We came from nowhere! Just like everyone who lies about being from NYC and LA”, says Dose. “If you are in bumble-fucks-berg USA, the unawesomeness of the place rubs off on you. It pulls you where you should be pushed. What all Anticon music has in common is it’s made by hopeful artists who are 100 percent accountable for their handmade music. I hope the amount of personal angst and resolve we left as finger prints on our songs is the kind of stuff that can help inspire the ‘from nowhere’ people in perpetuity. And not to move to New York or LA and say that they are from there, but to just be the mess they are and make shit from it.”

Nothing in Anticon’s catalogue or those of its contemporaries quite lives up to cLOUDDEAD, which stands alone in its unique weirdness. It opens with ‘Apt (part 1 and 2)’, with stunning, droney production that sounds like orchestras leaking from Nosdam’s spartan set-up. It ends in fragments with the deranged ‘Bike (part 1 and 2)’ finale, which no sane writer would even attempt to describe.

In the middle sits ‘I Promise Never To Get Paint On My Glasses Again (part 1)’, the most overtly hip-hop track of the album, mainly thanks to meaty verses by Sole, one delivered over the top of a ‘Nights In White Satin’ sample, and punctuated with spectacular back-and-forth interplays between Dose and Why?. The last one breaks into a senseless groove that serves as the album’s baked mantra: “It’s all the same shit, but they call it cLOUDEAD, I only got two hands and half a head”.

Following that there’s ‘Jimmy Breeze (part 1)’, the most imaginative track on cLOUDDEAD. Opening with a cut of what appears to be the boys interviewing a prospective bass player by telephone over a snappy percussion track, it jerks into an sample from ‘Where Is Love’ on the Oliver Twist musical, rapped instructions on how to survive a four-storey fall (“Don’t lose your shoes” and “Just remember to roll”) and a lush vocal melody by Why? that portends his mid-2000s infectious pop output: “When the sun is silent / And the fluorescents with their blue make the plants call you / A lonely monkey in a very large glass cage.”

Modern experimental hip-hop such as Death Grips and Shabazz Palaces might well spill a 40oz for Dose, Why? and Nosdam. Indie rock bands like cLOUDEAD-collaborators and fanboys Hood and artists like Gravenhurst’s Nick Talbot picked up the British end of the no-holds-barred approach to DIY recording. But despite cLOUDDEAD’s enduring influence, no one has quite continued down the trail that those three friends cut though the thicket back in 2001. It remains as strange as it did back then.

Anticon hints that cLOUDDEAD will be reissued next year along with the rest of the boys’ catalogue – stream it here.