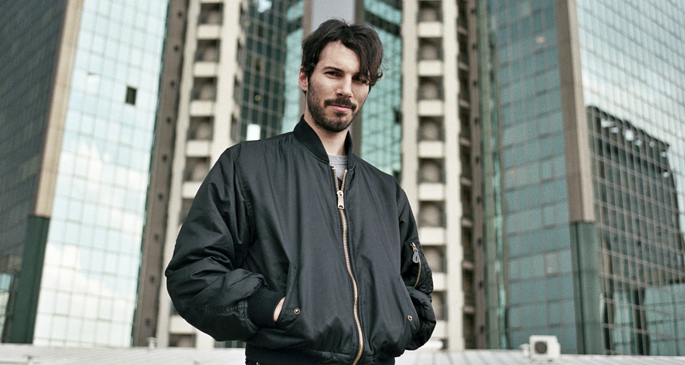 This week we’ve got a post-Bonfire Night bonanza with bostin’ burners from Deadboy, cotton wool trance, effervescent club music and the usual set of gut-punching grime.

Lorenzo Senni’s electrifying brand of instrumental trance has blossomed in the last couple of months, mostly thanks to the phenomenal Superimpositions album which appeared on Boomkat Editions earlier in the year. Who knew that if you erased all snare rushes and pummeling percussion from ‘90s trance bangers you’d be left with something so crystalline and beautiful? Well, he’s back on the trance train again with this killer blend for Dummy, splicing his own ethereal compositions with a bunch of other euphoric goodies that, to be quite honest, may as well be his own. It’s compelling stuff from beginning to end (whether you’ve rinsed his last couple of LPs or not), and we can’t help but think that this time next year everyone’s gonna be boshing out MDMA-addled instrumentals like it’s going out of fashion.

When FACT profiled Lotic, one of the twisted minds behind Berlin’s Janus clubnight, we billed him as an “R&B obliterator.” He lives up to that tag with his live set from Unsound festival. Titleed Funny Games, Lotic is just as brutal to Beyoncé, Ciara, Missy Elliott and Kelela as the psychopathic antagonists are to the protagonists in Michael Haneke’s horror film of the same name. The 80-minute set takes his Damsel in Distress to the darkest recesses of a warehouse party, its machine-gunned kick patterns bounding between dembow grooves, bounce beats and various strains of pneumatic club constructions. It’s occasionally (and intentionally) off-kilter and uneasy, but builds to a climax with pneumatic precision. If this is what a Janus night sounds like, sign us up.

Boxed should hardly need any explanation at this point – the London club night has become a focal point for the resurgence of interest in grime, and with damn good reason. They’re still doing it better than anyone else, and this brief selection from grime youngster Trends is yet more evidence to support that fact. It’s entirely original material here, preceding Trends’ headline appearance at this month’s Boxed, and shows off his sound incredibly succinctly. He’s not trying to reinvent the wheel here, instead focusing on tracks primed for absolute dancefloor ruination. One for pre-gaming.

JESSY LANZA
MUSIC TO… CHEER YOURSELF UP TO

i-D’s thematic mix series continues with Hyperdub’s Jessy Lanza behind the boards. “This sounds selfish but the whole time I was trying to cheer myself up,” she writes. “I hope that somebody else finds it cheery. As Dan Snaith would say, it’s all about the bangers and ballads.” She stays true to that maxim with a mix that darts around her influences: R&B jams (Tory Lanez, 2nyo, Sharaya J), footwork (Addison Groove, DJs Rashad, Spinn and Taso) and body-jacking house with a French touch (French Fries, Bambounou, Jean Nipon). It may not be a traditionally cheery mix, but its propulsive grooves should work for most of you.

Chicago talent Faithful (FKA Louis Faithful) has appeared in the round-up every time he drops a mix, and the third time is no different: while running for just over 30 minutes, Faithful continues to impress with his fractured take on US-meets-UK club music. As previously, he reps both his hometown (DJ Nate’s slept-on ‘Came From Nothin’) and the world of new school grime (Moleskin, Gage, Loom); he mashes both on a blend of Young Chop and Mssingno. Like the late-night, headphone session version of the Lotic mix in these pages, Faithful’s latest set doesn’t shy away from quietly unnerving moments, whether from E+E, Felicita and M.E.S.H. or Jay Electronica.

Bonfire night may have come and gone, but that shouldn’t stop you from checking out Deadboy’s two-hour Fireworks Special, a bumper mix that shows exactly why we follow him so closely. It’s not flashy (he rarely is), rather he pulls together a bunch of woozy, cross-genre weirdness that drifts through ambient lagoons and beatless puddles formed by the likes of Yamaneko, Jahiliyya Fields, Pearson Sound and Mr Mitch. Gorgeous.