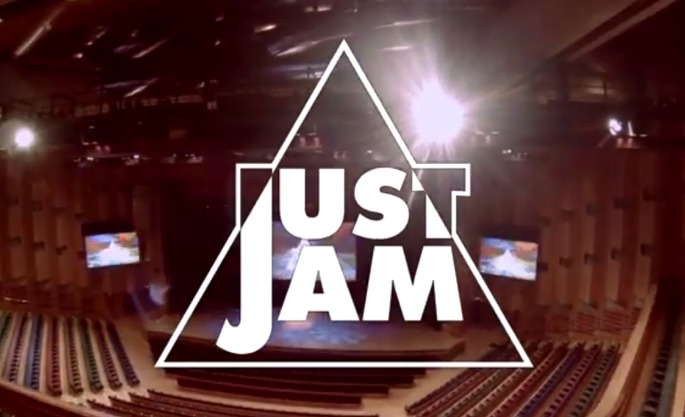 Tim & Barry have another go at bringing their green screen party to the establishment venue.

Just Jam have rescheduled their multimedia show at London’s Barbican after the original event was cancelled in mysterious circumstances.

The original event was called off just a few days in advance after police raised concerns over “public safety”. The authorities later pointed to the fact that alcohol would be on sale at an event that allowed entry to anyone aged 16 or over, but as everyone with a shred of common sense argued at the time, that made it no different from any other gig selling booze.

Anyway, the good news is they’ve sorted out those ‘safety issues and the gig is back on, with a near-identical line-up to the original bonanza featuring Omar Souleyman, JME, Big Narstie, Mumdance, Novelist, Traxman and footwork dancer Litebulb.

The web channel will film the acts on their usual green screen set-up but scale up the action for the Barbican’s huge stage, with special visuals commissioned from a range of digital artists and manipulated and remixed on the fly.

More acts will be announced over the coming weeks. The rescheduled event takes place on December 13 – grab tickets from the Barbican’s website.