Get the inside story of Bloc Party’s breakthrough hit ‘Banquet’ 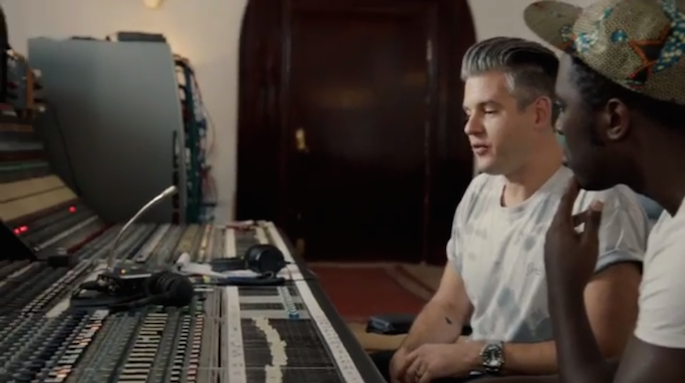 Watch a mini-doc about one of the biggest songs of the aughts.

Back in 2004, Bloc Party helped kick off a post-punk revival with ‘Banquet’, one of the first singles from their debut album Silent Alarm.

In the first episode of Behind The Sound — a trilogy of short films about key tracks from the last 15 years — frontman Kele Okereke, guitarist Russell Lissack and super-producer Paul Epworth revisit the making of the track, explaining how the Pixies, Adam Ant, David Madsen’s Confessions of a Flesh-Eater and ‘Blue Monday’ influenced its creation.

Watch the episode below and get more info about the series on Tumblr; the next episodes will revisit songs by Fatboy Slim and The Hives.