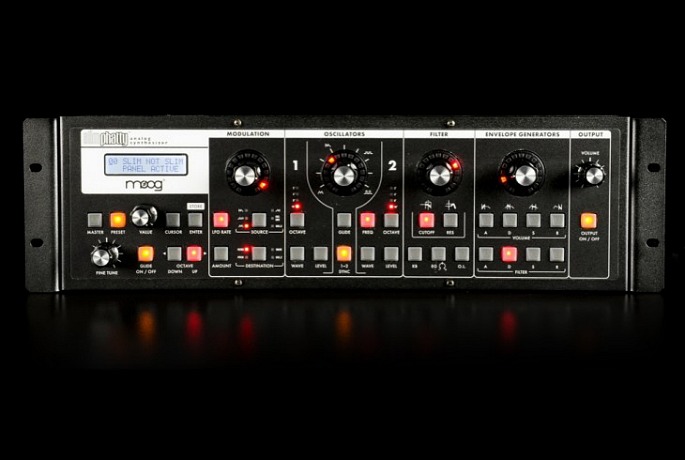 Moog have discontinued the Slim Phatty analogue synthesizer, a year after ending production of its iconic older brother, Little Phatty.

The Slim Phatty, which the company calls “a tabletop, poly-chainable ideation of the classic Little Phatty”, will continue to be built at Moog’s factory in Asheville, North Carolina, until parts and materials run out. Users of the synth include Phil and Paul Hartnoll of Orbital, Chad Hugo of N.E.R.D and Nommos composer Craig Leon, according to Moog.

As a thank you to anyone who’s bought one, registered owners have 60 days to claim a free artist pack containing a series of presets that Moog have made with a team of select artists. The full announcement is on the company’s website.

In brighter news for analogue synth fans, Moog recently announced the worldwide release of its Werkstatt-Ø1 build-it-yourself single oscillator synth, which allows you to piece together classic Moog circuits with no soldering or special skills required. [via Mixmag]