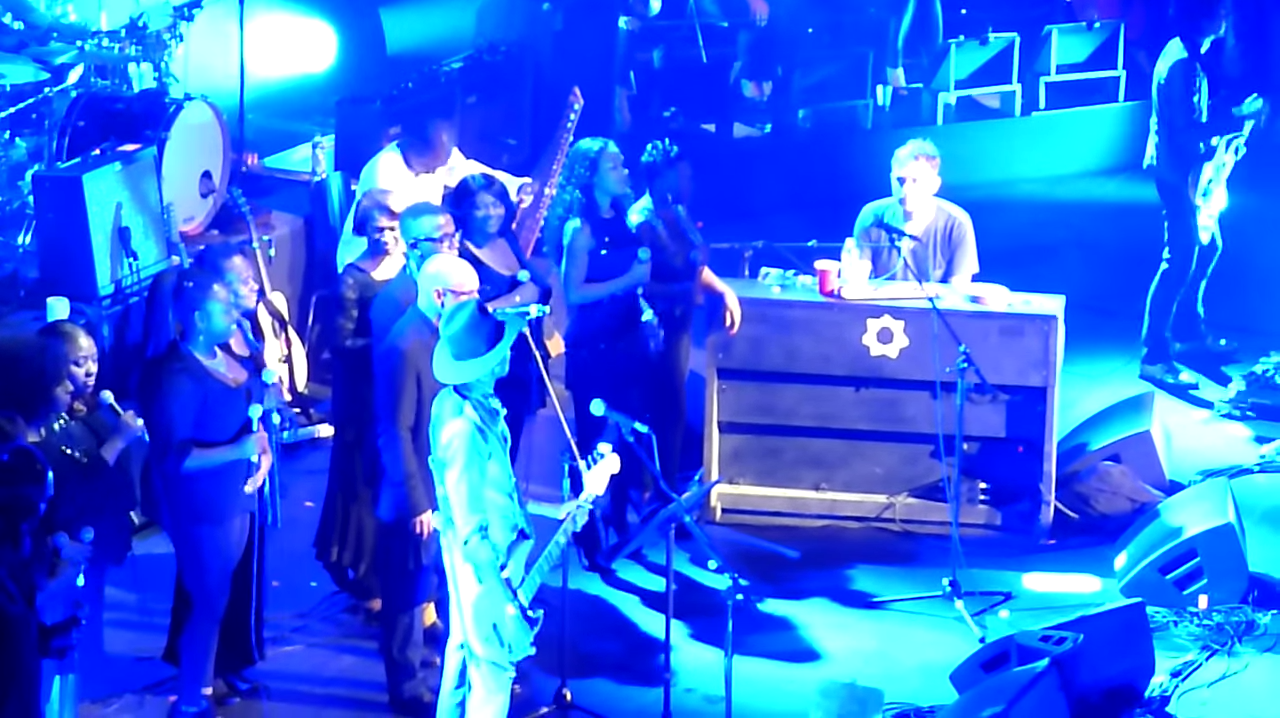 The former Blur frontman brings out the big guns at The Royal Albert Hall.

Over the course of his career, Damon Albarn has worked with scores of music’s biggest names. Last night, at the iconic Royal Albert Hall, he brought a few on stage to play a few fan favorites.

Backed by touring band The Heavy Seas, a choir and string section, Albarn worked through his voluminous catalogue (the setlist is below). Highlights included bringing former Blur bandmate Graham Coxon out during the first encore to play a handful of the band’s songs; the second encore featured appearances by Brian Eno, De La Soul and Kano.

Watch some fan-shot footage below. Last month, Albarn teased plans to relaunch Gorillaz in 2016. [via Gigwise]