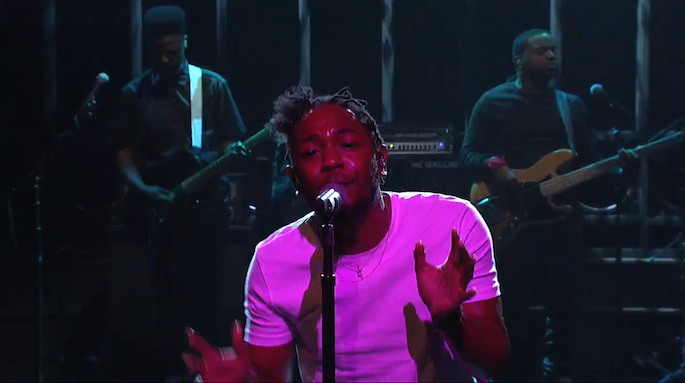 Kendrick Lamar made his second appearance on Saturday Night Live last night, playing divisive new single ‘I’ and the collaborative ‘Pay For It’.

The performance of ‘I’ has drawn the most attention, thanks to Kendrick’s all-black contact lenses, half-braided hair, James Brownesque tics (“hit me!”) and new dance moves. His performance was more understated but no less powerful on ‘Pay For It’, on which he was joined by Jay Rock and Chantal.