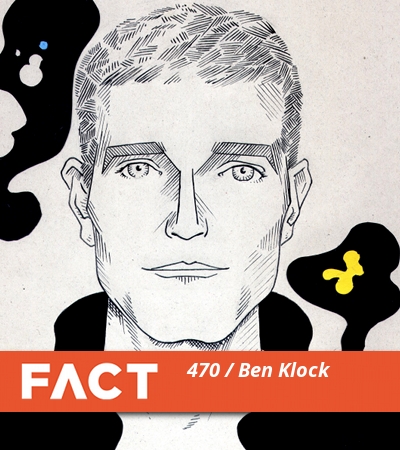 We don’t often invite people to run the FACT Mix gauntlet more than once – but if anyone gets to bend the rules, it’s Klock.

The Berlin titan last graced these parts back in 2009, filing a muscular FACT Mix entirely in keeping with his reputation as Berghain’s bosher-in-chief. The last five years have seen him consolidate his reputation as a standard bearer of refined, take-no-prisoners techno; his eight-hour-plus sets continue to shake Berghain’s foundations, and, although his output has slowed substantially, he’s still found time to knock out the occasional release on Ostgut Ton. His Klockworks label continues to tick along, too – new releases from fellow FACT mixer Trevino and Etapp Kyle are imminent, plus, if a forthcoming stint of “studio time” comes good, potentially more new music from Klock himself.

Those expecting pulverising 4×4 might be surprised by Klock’s sophomore FACT mix – a “deeper, dreamy” collection, bookended by two vintage ambient tracks and shot through with wonder. Unreleased Klockworks material features, as do cuts from the likes of Function, Ben Sims, Surgeon, Orgue Electronique and Lucy. The mix is a studio-recorded affair – something Klock sees as a very different kettle of fish to playing out: “Club mixes are obviously more spontaneous and capture the vibe of a specific night, while working in the studio offers other possibilities like re-editing tracks and layering tunes more precisely, which I’ve done a lot of that here.” Set your watches…

If the player below is acting up, head to Soundcloud to stream and download.