“Nary a chink in its beige armour”: Dusky, Rustie & Kevin Gates, Kim Ann Foxman and more reviewed in the FACT Singles Club 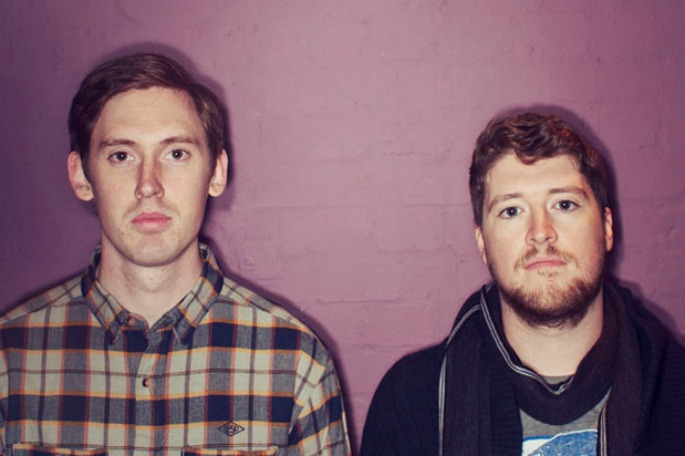 On the block this week: Rustie in collaboration with Kevin Gates, new music from Dusky, Kim Ann Foxman, Fraxinus and more.

Alex Macpherson: I don’t know what it means that Rustie’s managed to find the immediacy and hookiness that was disappointingly lacking from his own second album for corporate shoe cash, but there it is. It’s not even about Kevin Gates being a more satisfying presence than messy old Danny Brown; that wavy synth line, brash but sinuous, is worth of Glass Swords-era Rustie. (9)

Chal Ravens: I’m finding the drums a bit unbalanced and unpleasant, but aside from that it’s a big thumbs up emoji for getting Gates on a brighter, sparklier beat than the usual brawny productions. (6)

Scott Wilson: Are we sure Rustie made this? It sounds rather unfortunately like Kevin Gates is rapping over a Human After All offcut that’s been given the SoundCloud trap remix treatment. (4)

Chris Kelly: An electronic-rap crossover that doesn’t have clueless-A&R written all over it is no small feat. Gates is no stranger to trap beats like this, and Rustie shows that he has more rappers in Rolodex other than Danny Brown. Unfortunately, it’s a bit slight — Converse should have paid for actual studio time. (6)

Angus Finlayson: This is a more effective synergy than any of the vocal spots on Green Language – partly, I think, because Rustie isn’t calling all the shots. Presumably mindful that this is a collab rather than a guest spot on his own terms, his contribution feels relatively lean. Which may not do justice to the breadth of his skills, but it’s a damn sight more listenable than ‘Up Down’. (7)

Scott Wilson: After the brain-rewiring madness of every single other Her Records release this year, ‘All Ends’ is a bit of a disappointment. Fraxinus has admitted he’s come on a bit in terms of his production skills since then, but I’m not sure this track has quite enough “legendary unreleased dubplate” status to warrant being anything other than a track shared amongst friends. In the hands of an interesting DJ it’s definitely got potential, but served on its own it’s little more than a vocal taken from a Baltimore club track and a few gunshot samples. (6)

Chris Kelly: Baltimore club casts a long shadow. The drum track on this is pretty powerful but the gun samples have been done to death. (6)

Alex Macpherson: It’s rare that a vocal decontextualised from its own local scene into something trendier doesn’t make me just want to hear the original, but then too many producers seem to lift those (usually black female) voices for some borrowed “attitude” while subtly disdaining where they actually came from. (The same is true in reverse, when DJs insist on playing instrumentals of rap and R&B hits.) Fraxinus doesn’t do this: instead, it seems like his entire drum track has been built around the rhythms and nuances of Big Ria’s voice, and he bolsters it even better than the sparer, slower ‘Hey U Knuckleheads’ did. (8)

Angus Finlayson: I don’t entirely understand the logic behind taking a hyper-specific communique like ‘Hey U Knuckleheads’ – a Baltimore singalong whose hook is a list of the city’s neighbourhoods – and retooling it for dancefloors halfway across the world. That said, while Her have released weirder and wilder things, ‘All Ends’ is still a very serviceable banger. (6)

Alex Macpherson: This sounds like a redundant version of Joker or Guido productions from five years ago. A positive: it pretty much reveals the whole sad boy shtick to be meaningless branding, for there’s little melancholy about this. (5)

Chris Kelly: Sad boy music without the vocals sidesteps the questions of appropriation, but also leaves the most interesting component on the cutting room floor. This is fine but it doesn’t separate itself from the ever-growing world of hip-hop-by-hip-hop-outsiders. (5)

Scott Wilson: Until I had to listen to this song for the purposes of this review I’d avoided anything by the Sad Boys because I was under the impression they were a group of Swedish indie pop miserablists. Having done my homework I’m not convinced they’re really all that different from what I suspected they were, but I certainly wasn’t expecting ‘My Guns’ to be rivalling Evian Christ’s ‘Salt Carousel’ in my affections for blown-out hip hop instrumental of the year. (9)

Kim Ann Foxman – ‘It’s All About You’

Angus Finlayson: Yawned my way through this one. (4)

Scott Wilson: I admire Foxman’s desire to pack as much of New York’s house and disco heritage into this track as possible, but there’s far too much going on for much of it to have any impact – it doesn’t seem sure if it’s going for acid house, a Summer and Moroder-inspired epic or a sprawling DFA remix circa 2004. It’s probably closer to the latter than anything else, but without any of the fireworks you’d hope for in the final third. It’s certainly not terrible by any means, but it feels very much like the skeleton of what could have been a much more adventurous track. (6)

Alex Macpherson: Tastefully spangled disco, wordless female vocals high in the stratosphere reminiscent of Opus III duetting with wordless male whispers because it’s the point in the night when you’re beyond language, perhaps a little faceless if it’s intended to launch Kim Ann Foxman as a charismatic artist in her own right but quality nonetheless. (7)

Chal Ravens: A solid ’90s throwback, so much so that it feels box-ticking in its construction – a trusty 909 hat here, a solid trance synth there, some dreamy lady-vox all over – but taken as a whole, as with Dusky, I can’t pretend I have a big problem with it. (5)

Scott Wilson: This isn’t just a fantastic edit – along with Finn’s ‘Keep Calling’, it’s rescued the use of the R&B sample from the wilderness of sub-Bondax trash that seems to exist exclusively on the Eton Messy YouTube channel. (8)

Alex Macpherson: I was having a conversation the other day about how nu-grime’s emphasis on instrumentals is retroactively writing vocalists out of the picture. This epitomises that mindset: R&G, such as it was, was not a producer’s ego trip but a vehicle for singers to tell their stories. It’s not like those singers aren’t out there – either the original women (Katie Pearl, Sadie Ama, Ny et al) or as-yet-unknown talent. To overlook them in favour of lazily slapping a sample of a rapist on top of a beat that’s less R&G for a new generation than a pastiche of DaVinChe circa 2005 is to misunderstand the entire project. (2)

Angus Finlayson: Milktray’s approach is proof that those childhood hours spent with a Pritt Stick and a pair of scissors were not in vain. Is there any material here which wasn’t in the original? All it needs is a couple of stuck-on toilet paper rolls and some glitter and job’s a goodun. (8)

Chal Ravens: Points awarded for being simultaneously the most fun and the most deeply sinister track on the list this week. (7)

Chris Kelly: Splits the difference between ‘XE2’ and ‘Keep Calling’, but more r’n’g revival is never a bad thing. Plus a reason to revisit one of R. Kelly’s best-worst video looks. (7)

Scott Wilson: It’s hard to raise much more than a shrug to this tepid brand of warehouse stodge nowadays. At some point Dusky will get as bored of making the same track over and over again as I am of hearing it, until then, I’ll continue to cross the street to avoid it. (2)

Chal Ravens: This is a chunky banger in the Grand Olde Roll Another Fat One Style and I can’t pretend I have a big problem with that. The walloping stuff in the final minute might elicit some minor fist-pumping from me in the right surroundings. (5)

Angus Finlayson: This week’s house music representatives are really not acquitting themselves well. It takes real skill to make something this extraordinarily boring. There is nary a chink in its beige armour. (3)

Alex Macpherson: The kind of peak time track that centres you rather than kicks you up a level, when you’re flying steadily, not out of control. Slightly characterless, not that that’s a bad thing necessarily, but I always appreciate a good break. (7)