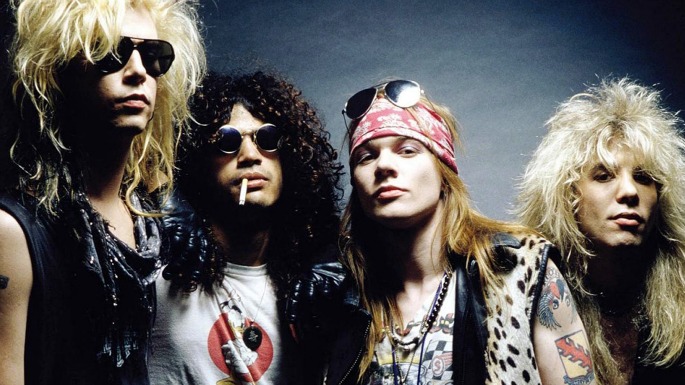 The story of Guns N’ Roses is being turned into a feature film, according to the co-author of a 2008 book about the last of the hair metal heroes.

Marc Canter, the biographer behind Reckless Road, wrote a message on the band’s website MyGNRForum saying that he is consulting on the screenplay. “When you find out who is making the movie, you will then understand that it will be very cool,” he wrote on the forum.

There are no details on which studio, producers or directors are involved, but the project has apparently been in development for “about four months”.

“I do have a big say so on the script which is still being put together now but so far looking cool,” added Canter. “I am going to see that everyone in the cast is doing their job and doing justice to the band. Since I was there, I know what the dialog was between the band for many of the events that took place.”

He added: “When you find out who is making the movie, you will then understand that it will be very cool. I’m proud of all the hard work that was put into this project and it’s just going to KICK ASS! In no way will it be a cheesy movie like Rock Star. There really is such a great story here that even the outtakes will be great.”

Guns N’ Roses are still plodding along with Axl Rose at the helm, but it remains to be seen if he would agree to license the band’s songs for the films. If not, it could end up being a biopic more like the recent Jimi Hendrix movie All Is By My Side starring Andre 3000, which didn’t feature a single song by the ’60s guitar god. [via Guardian]