And this one time…the best Bandcamp releases of the month: November 2014 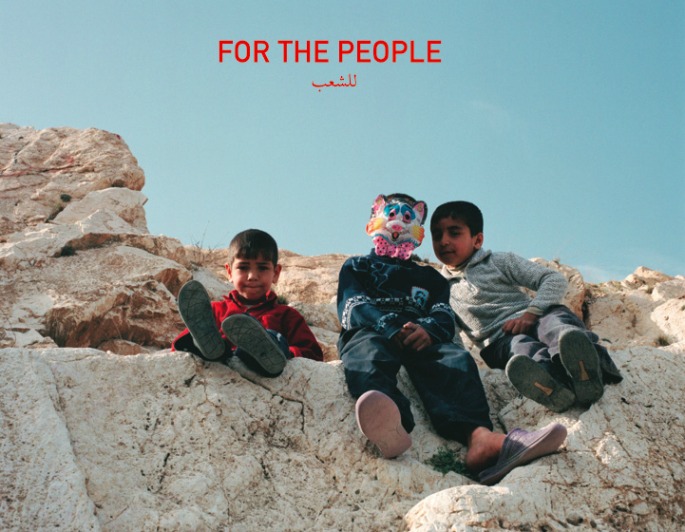 As we roll into the end of the year, we have a couple of unintentional themes running through this month’s column. The first one is death, with songs inspired by New York Times obituaries and a free release of moody instrumentals from the internet ether; and the second is Middle East fundraising from Germany, with a compilation of instrumentals in aid of ISIS refugees and experimental reworkings in support of an Iranian asylum seeker. It’s not all doom and gloom though, as we’ve also got a pair of Detroiters passing themselves off as spies in Jamaica, wintery electronica and upbeat dance from Tokyo, and introspective breaks from Los Angeles.

Flipping Jamaican reggae and dub classics can be a tricky affair, but Ahkatari pull it off by not being too reverent towards their source material: Horace Andy’s ‘Skylarking’ becomes ‘Sky Ahking’, with interpolations of Wu Tang’s ‘C.R.E.A.M’ verses; ‘J.A State Of Mind’ acts as an unofficial anthem; and ‘Blind Mice’ tips its hat to a classic 007 intro. Sit back, light one up and follow the trail.

DDAY ONE
Dialogue with Life

Sticking with the dusty end of things, Los Angeles’ Dday One returns for his fourth full length album in nearly ten years, continuing his predilection for breaks, layered samples and spoken word narratives. Beyond the music, Dialogue With Life has a potent message at its core, with Dday crafting the album during a tumultuous period in his personal life. The lessons learnt imbue the music, in a subtle but powerful way; as the disembodied voice at the beginning of ‘Game Of Life’ puts it, “this is what life is about.”

Available as digital, CD and vinyl.

When Japanese chiptune don Quarta330 tweets music links, I always have an open ear, which is how I found Avocado Shake. Behind its lime green, pixelated artwork lies an upbeat track with sweet melodies that could soundtrack a day out in Tokyo played in fast-forward. The Shako-Pani remix takes the original up a notch towards drum’n’bass and a “will it, won’t it” game of drops. The whole Sabacan Records page is worth a look for more sickly sweet Japanese fun.

VARIOUS ARTISTS
For the People

A bit more instrumental hip hop this month, but this time it’s for a good cause. Cologne’s Jakarta Records teamed up with Viennese producer Brenk to put together a very strong compilation of unreleased beats and instrumentals from a gaggle of worldwide artists, including Berlin’s Suff Daddy, Vienna’s The Clonious and Cid Rim, and Detroit’s Houseshoes. All proceeds from the compilation go to refugees from Syria and Iraq affected by ISIS. Good music for a good cause.

An album of songs inspired by the New York Times obituary page? Jascha Hoffman is a Brooklyn-based journalist and musician who crafted The Afterneath’s ten songs using NYT obituaries as the source material. With a simple bed of drums, bass, guitar and keys, Hoffman provides a mix of poignant tales (‘The Atom Bomb’, ‘The Guardian’), bizarre rides (‘The Rear View’) and upbeat ballads (‘The Little Airplane’, ‘The River’) that pull from rock, country, pop and modern classical. Despite the gloomy subject matter, The Afterneath makes for quite the collection of songs. Somewhere between journalistic narrative, bedroom music and crafty songwriting, The Afterneath is unlike much you’ll hear this year.

SOHRAB
You Are Not Alone III

Continuing with the unintended Germany–Middle East fund raising connection, we have Sohrab, an Iranian refugee who fled to Germany in 2010, where he appealed for political asylum. Having failed in his request, it seems he now finds himself in a battle for legal status, though I can’t quite gather if he is still in Germany or has had to return to his homeland, despite the risks he faces there.

Sohrab’s musical roots were first planted in punk, with a short-lived band alongside his brother, but they are now fully blooming in the more abstract realms of ambient and experimental electronic music. His song ‘Shouting At Dictators’ was crafted using recordings of a 2009 protest in Tehran, including rooftops chants that paint an ominous picture of life away from the 24-hour news cycle.

You Are Not Alone is a series of reworkings of Sohrab’s material by various international artists showing solidarity with his plight. This third volume includes Chicago experimentalist Jim O’Rourke, alongside others; all proceeds go to help Sohrab’s ongoing legal battle.

The latest release from Tokyo-based Repeat Pattern sees the American producer and photographer take a step away from the lopsided beats he normally deals in, and move towards a more glacial approach that blends ambient, electronics and grooves. As a result, Counting Backwards feels more mature than his previous work, and it’s seasonal too: music with a languid mood that suits the approaching winter perfectly as light becomes scarce and the cold bites.

This month’s tag excursion was prompted by the ‘death’ tag found in Jascha Hoffman’s release. Unsurprisingly, an amble down Death Alley will introduce you to more sludge, black and trash metal than you could ever know what to do with. And somewhere in there is Brooklyn’s Yung Gutted, whose name I recognised from a recent freebie from London’s Earnest Endeavour.

The release combines a stack of internet music memes. There’s the name and the title but also the tags, which include witch house, trap, turnt up and bass alongside the cheerful doom, evil and death. The result lives up to its packaging, with booming 808 kicks, pitched down samples and a moody vibe that’ll please fans of the Dirty South aesthetic and its internet existence.