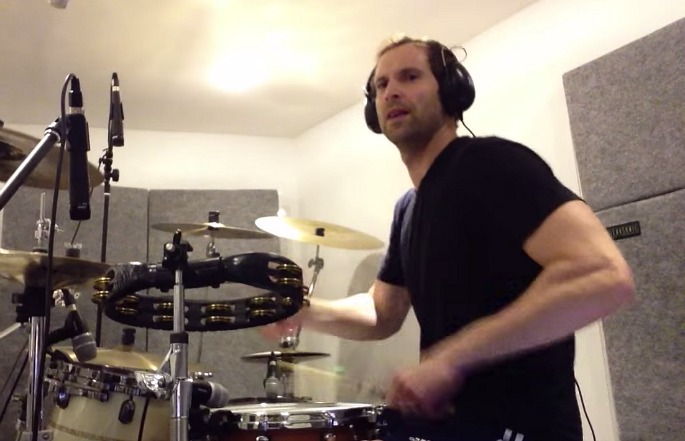 The gloves come off.

Chelsea goalkeeper Petr Cech hasn’t been much in demand at Stamford Bridge this season, what with being usurped by a younger, taller and better model – but at least he’s taken his time on the bench as an opportunity to work on his hobbies.

The Czech footballer has been uploading homemade videos of himself drumming along to two of his fave indie tracks, Foo Fighters’ ‘Walk’ and Coldplay’s ‘Clocks’. He’s not half bad either, although the best bit is watching him mouth the lyrics. Such concentration!

“It is not perfect but I wanted to do it in one take without correcting it,” he wrote on the Foo Fighters video, referring to them as his “favourite band”.

On the Coldplay cover he added: “I filmed myself to compare with older video to see the progression, but you asked for more.”

As NME points out, he appeared on BBC’s Football Focus last year jamming with Queen’s Roger Taylor, and he’s also performed Nirvana’s ‘Smells Like Teen Spirit’ at a live show. It’s safe to say he’s got marginally better taste than the England team and their godforsaken compilation album.