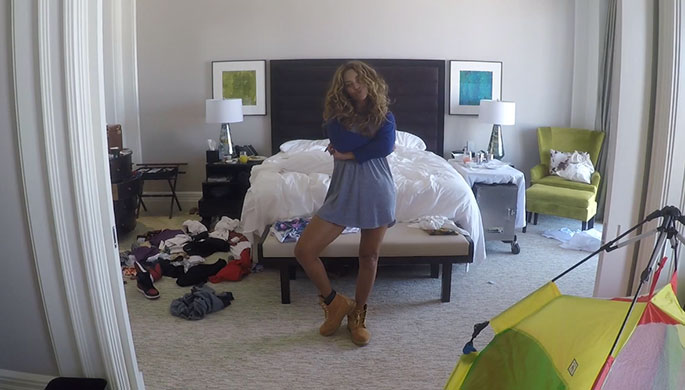 Earlier this week Beyonce made available the first two tracks from her forthcoming Beyoncé Platinum Edition Box Set compilation, a reissue of her 2013 self-titled album.

Among those was ‘7/11’, a rowdy and club-friendly cut produced by Bobby Johnson, Detail and Beyonce herself.

Yesterday the video for ‘7/11’ was unveiled, and it’s quite the bizarre ride. Seen through a fish-eye lens, the video starts on a balcony with Beyonce wearing a Kale-emblazoned sweatshirt, before the party moves through the apartment as Beyonce and her friends mess about with dice, alcohol and more.

The Beyoncé Platinum Edition Box Set compilation is due for release on November 24.