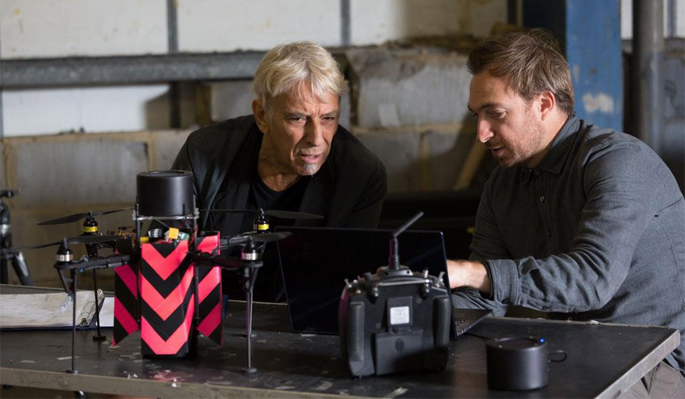 Cale’s flying symphony is the first of its kind.

The fleet of drones, each adorned with elaborate costumes, flew around the venue and and spread Cale’s voice, different audio tracks and their own motor sounds over the audience. According to Cale, the show represented “a collaboration between airborne architecture and music.”

“It took a long time to find the right venue,” said Cale’s collaborator Liam Young. “Putting these technologies above people’s heads that are really violent; they spin at extraordinary speeds. These propellers are gonna take someone’s head off if you let them. It required someone with some vision and some bravery to let us attempt it. And it really is the first time that these things have been flown above the heads of an audience.”

The Creators Project prepared a short documentary that provides an insight into how the performance came together. You can stream the documentary below.