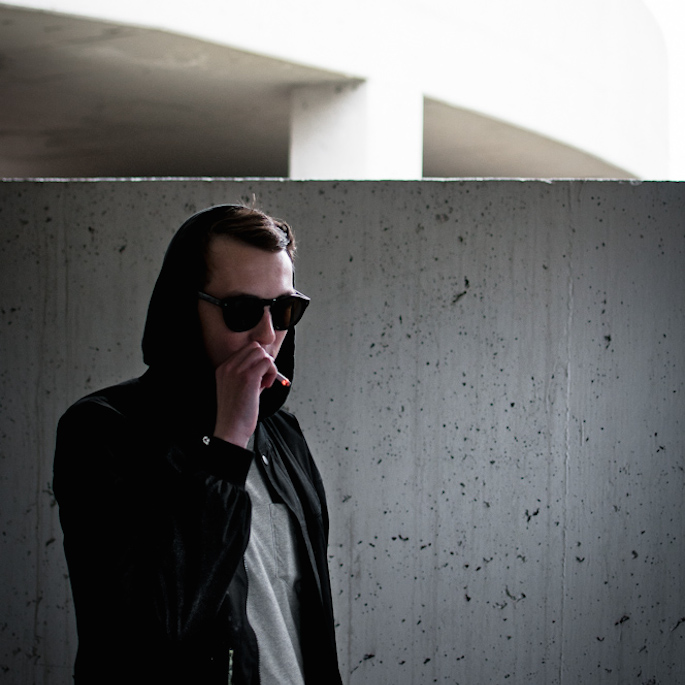 The New York producer opens up about his debut EP.

Taskforce, along with producing for Le1f and Zebra Katz, specializes in warehouse-born techno and percussive club tracks. The New York talent caught our ear earlier this year with his excellently-titled Hot Sun Beating Down On My Awful Skull mixtape, which we described as “drum-heavy techno with a cyberpunk, dystopian edge.”

Return Notice contains a few of the tracks in that mix; along with four originals, the EP is rounded out by remixes from Nguzunguzu and Renaissance Man. Stream the EP (which is out today via Silverback Recordings) and read our interview with the producer below, especially if you’re into weird club anecdotes.

How’d you first get into producing?

I first got into producing in the ninth grade. A Russian kid named Timur brought this CD into study hall of trance beats he made and played it for me. I couldn’t believe that it was that easy to make music and I was getting bored of playing instruments. He gave me a link to a torrent of a cracked copy of FL Studio and it just went from there. I’m using the same version of FL Studio too, haven’t updated once. Shoutout Timur.

Tell me a little about the process behind the EP.

Shit, the tracks kind of just happened. I knew I wanted to make music that was sparse, gritty, noisy, abrasive; experimental but still ready for club play. Whenever I had free time or an idea for an experiment I could do with a sample or plugin or a piece of hardware I would just mess around and then once I found a cool sound or a set of sounds I went into auto-pilot and the songs made themselves. Building a palette that will make up a song is the hard part for me; once I have a good assembly of samples and sounds I zone out for like 7 hours and then I have a good draft and a headache from staring at my laptop and I keep it movin’.

A track title like ‘Domain Awareness System’ sounds dystopian, but that’s something that already exists – what’s the craziest or most dystopian thing about living in 2014?

A computer passed the Turing test this year and fooled a human focus group into thinking it was a 14 year old boy. Also it’s pretty crazy that we’re destroying people’s lives and sending them to prison for altering their own consciousness in unpermitted ways, but I have belief in the possibility of the change and decay of control. :-)

I got a call from a friend who was an acid dealer at the time, she told me she had just wiped down a vial with a napkin and said if I came over I could eat the napkin for free if I was brave enough. I gobbled it and then a mutual friend got us into a sold out Modeselektor show at Smart Bar and we popped champagne bottles. I got robbed at gunpoint outside of a club in Chicago once too, my broke ass only had $35 in my wallet so joke was on him. I saw a dominatrix punch my friend in the ear at a club once.

The worst experience was definitely the time I had the flu, had just broken up with a girlfriend of a year, and had to play a show at the Westway in Manhattan. I had a 7am flight the next day and I knew I wouldn’t get out of the club until 4:30am at best so I took a nap on the floor during Ian Isaiah’s set.

One night my friend Phil and I were being sketchy dudes in the alley outside of Berlin nightclub in Chicago smashing a pint of whiskey and somebody threw a brick at us from the train platform overhead but it missed us and went through the windshield of a car directly next to us. Those are just the anecdotes I think are tame enough for publication though…