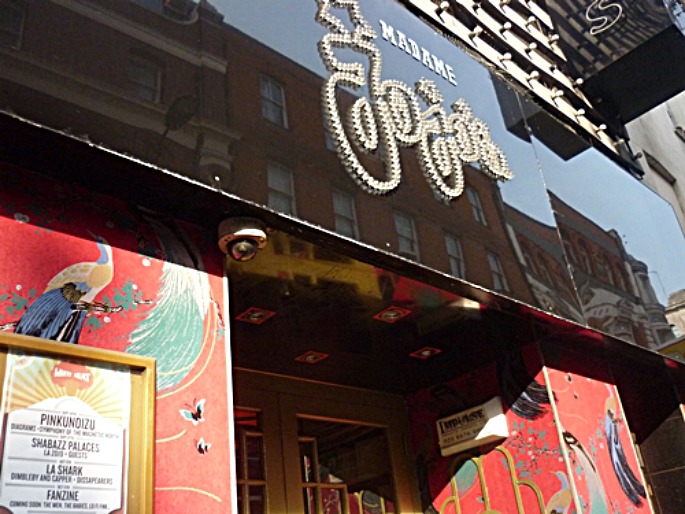 Police shut down the home of long-running clubnight White Heat.

Madame Jojo’s and nearby gay bar Escape, which are operated by the same licence holder, were shut down in October after bouncers allegedly pulled out baseball bats hidden in black bin liners to attack a group of assailants throwing glass bottles at them. The police report notes that several members of the public were injured by flying bottles.

The closure leaves the Soho club’s array of cabaret shows without a home, along with indie night White Heat, which has put on early shows by the likes of The Horrors, The xx, Grimes, The Kills, Shabazz Palaces and a ton more over the past decade.

“We’ve been forced to cancel all of our foreseeable shows at the venue and it’s probably going to be impossible to have one last hurrah at Jojo’s for old times sake,” White Heat’s promoters wrote on Facebook.

“For now we’re going to weigh up our options and try to work out what we can salvage from this. We’ve put on a party every week for the past ten years so it’s in our blood, don’t expect to hear nothing.”

Several London clubs have been forced to shut their doors in recent weeks, including Brick Lane’s Vibe Bar, a nightspot that played a vital role in the area’s rejuvenation, and Shoreditch gay bar The Joiner’s Arms.

Update, November 29: The Guardian reports that Madame Jojo’s looks set to be demolished under council-approved plans to redevelop Walker’s Court and Brewer Street.

Though the closure of the club was spurred by last month’s violence, the venue has in fact been set for demolition and redevelopment since December 2013. Design drawings submitted by Soho Estates, which owns the premises, show that the site currently occupied by Madame Jojo’s “will undergo extensive demolition and remodelling, involving the levelling of the floor plane, adjustment of the layout and improvement to access”.

Furthermore the project offers “the first realistic prospect that long standing antisocial uses can be legally removed from the site”, according to Soho Estates, which plans to shut down the sex shops and replace them with “restaurants, deli, shops, nightclubs”.

A Save Madame Jojo’s petition has more than 6,000 signatures and a vigil is planned for Saturday afternoon outside the club.