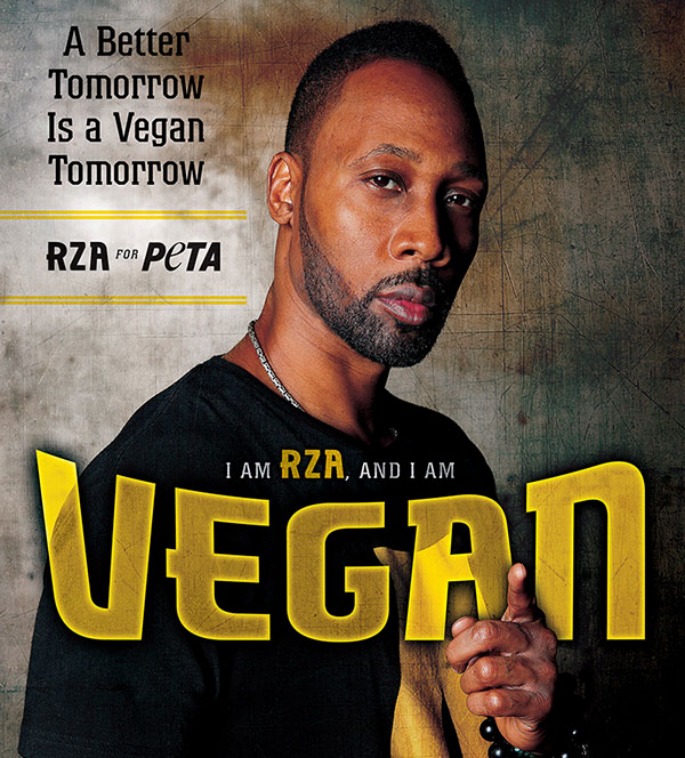 “I had animals as friends, and they did not want to be on my plate.”

Wu-Tang honcho and long-time vegan RZA has been doing some cross-promotional activities this week by appearing in a new PETA ad campaign. “A Better Tomorrow is a vegan tomorrow”, the poster states in reference to the Clan’s long-awaited 20th anniversary album (21st anniversary soon, if they don’t get a move on).

In an accompanying video, RZA talks about the poor conditions animals are raised in and says he doesn’t “need a dead animal, a dead piece of flesh, to go into my live body.”

“I think hip-hop has become more conscious about their diets,” he says, noting the influence of KRS-One’s 1995 song ‘Squash All Beef’ (which contains a line about being a “mental vegetarian”). “My peers and people that are related to me appreciate the vegan lifestyle, it’s really spreading.” Watch it below.

At the beginning of November we sent Brad Rose to a listening party for A Better Tomorrow to suss out the Clan’s new direction – find out what he made of the album, which is due on December 2.