The 20 best industrial and EBM records ever made

Back in 2006, Richard Clouston – he of the Kult 77 project and London-based clubnight COSEY – ran down his 20 favourite industrial and EBM records for FACT.

In 1975, Genesis P. Orridge, Cosey Fanni Tutti, Chris Carter and Peter ‘Sleazy’ Christopherson formed the group Throbbing Gristle and their own company, Industrial Records. The resulting work is some of the most vital and influential art and music ever made.

Together with protagonists such as Cabaret Voltaire, NON, Monte Cazzaza and SPK, TG created an energizing nexus of emancipation, confrontation and passion. The term “industrial” was adopted to embrace a wide range of experimental, predominantly electronic music. From this came the specifically dance-oriented Electronic Body Music. A brave and exotic sound, ranging from high-octane pop to raw, minimal beats, EBM is characterized by its stark, sexual aesthetic.

What follows is a selection of some of the industrial and EBM records I love. 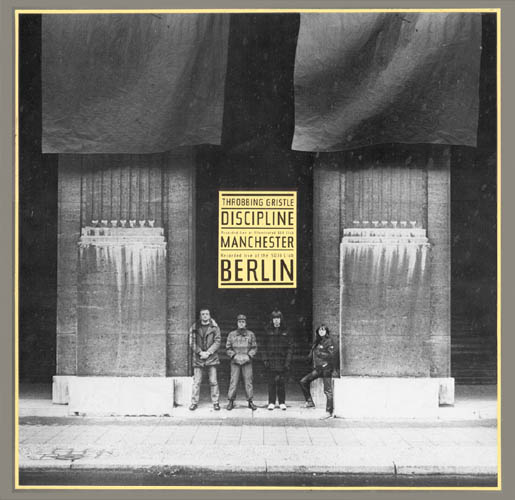 A defining release, with two recordings of TG performing live in Manchester and Berlin, this immense, visceral and relentless record goes some way to capturing the originators at the height of their magick. TG also did an amazing version of ‘Discipline’ at the Astoria in 2004, which can be seen on DVD. 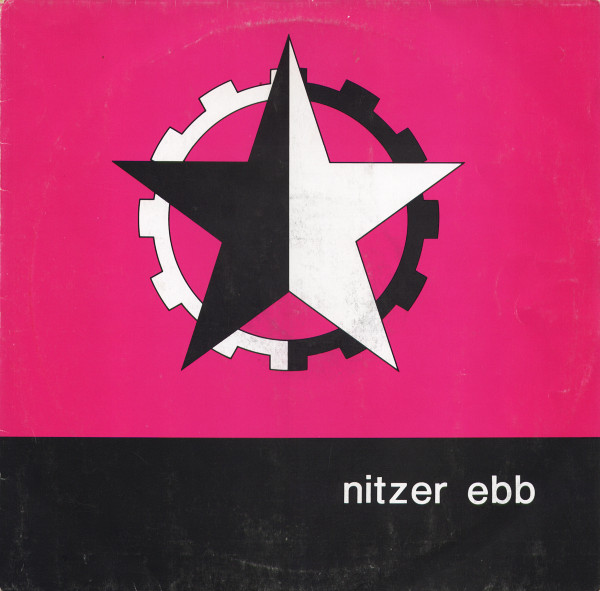 The Ebb released this as a second single on their own label: a totally physical and severe dance record with a brilliant vocal performance by Douglas McCarthy. Sheer genius. 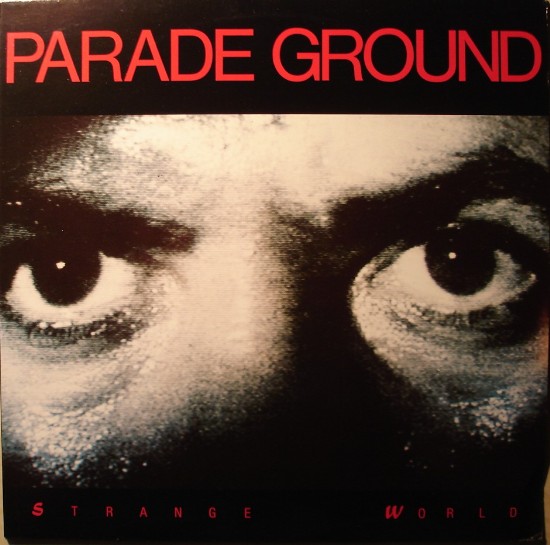 Mind-blowing euphoric pop made by two brothers from Brussels, with good lyrics about dying in a plane crash. Big dance track at my club, this makes your spine tingle. In a better world, it would’ve been an international #1. 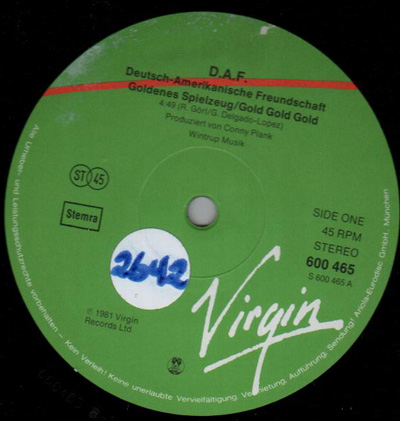 The Wire‘s Biba Kopf once wrote of DAF that “the beating heart pumps out pulses through the electronic circuits of the sex machine,” and indeed the best work of EBM innovators Robert Gorl and Gabi Delgado produces a strange kinda edge-of-orgasm sensation. 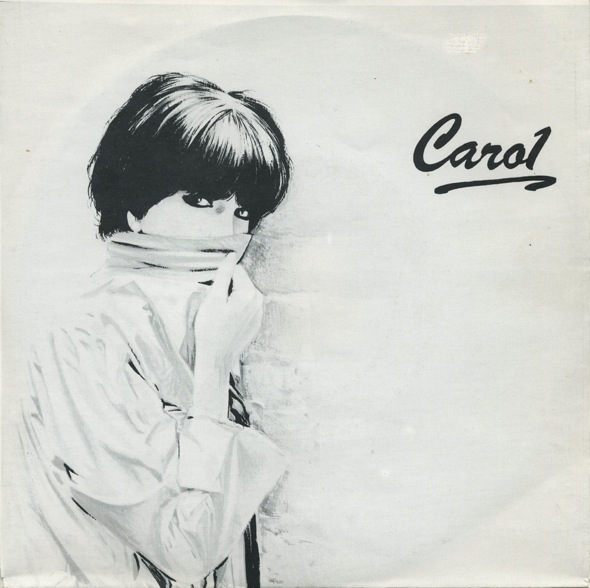 EBM pioneer Snowy Red (aka Micky Mike) and the mysterious Carol made this melancholy and incredibly beautiful song. It eventually became a duet on Snowy’s Vision LP, but it’s this original and extremely rare 7″ version that you need to own. The drum programming sounds like King Tubby, the synths like Joe Meek’s ‘Telstar’. One of my favourite records ever. 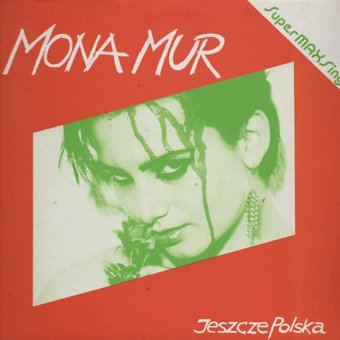 Only wild times in ‘80s Berlin with FM Einheit, Marc Chung and Alex Hacke of Neubauten could lead to this kind of unique and brilliant record. Mona later went on to join the German National Taekwondo Team. 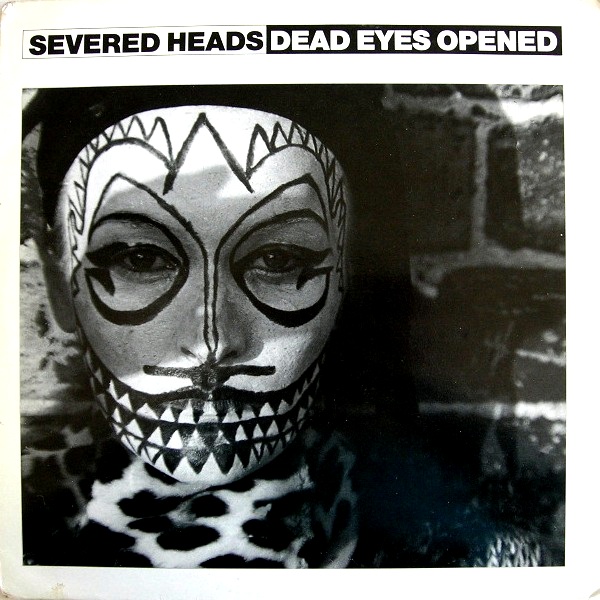 Features a narration by one Edgar Lustgarten about having sex with a murdered lover. By excellent Australian industrial group Severed Heads, ‘Dead Eyes Opened’ has been remixed many times, but the original is breathtaking, melancholy synth-pop. 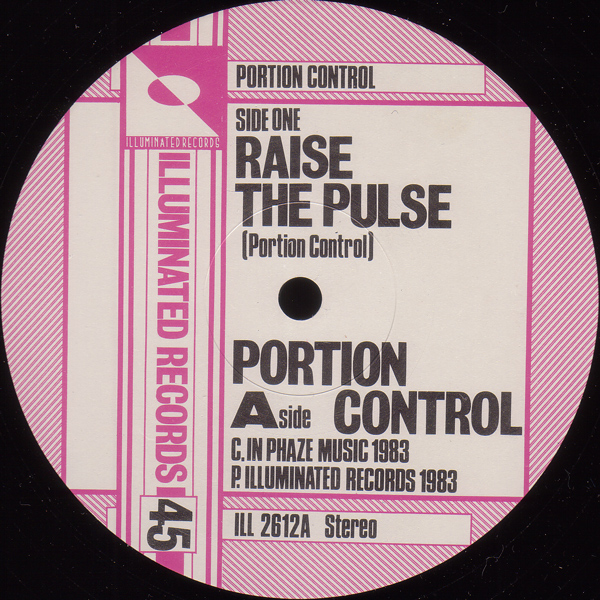 First released in 1983 on Illuminated, this hard, rhythmic 127bpm track was later reworked for the Purge EP – my favoured version of an uplifting, sweat-inducing anthem. 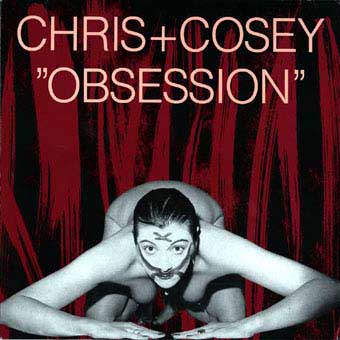 Following the initial phase of the Throbbing Gristle mission, Chris and Cosey went on to experiment with electronic music to brilliant effect. This is a stunning, sensual 111 bpm dance track, overlaid with Cosey’s distinctive hypnotic vocals. 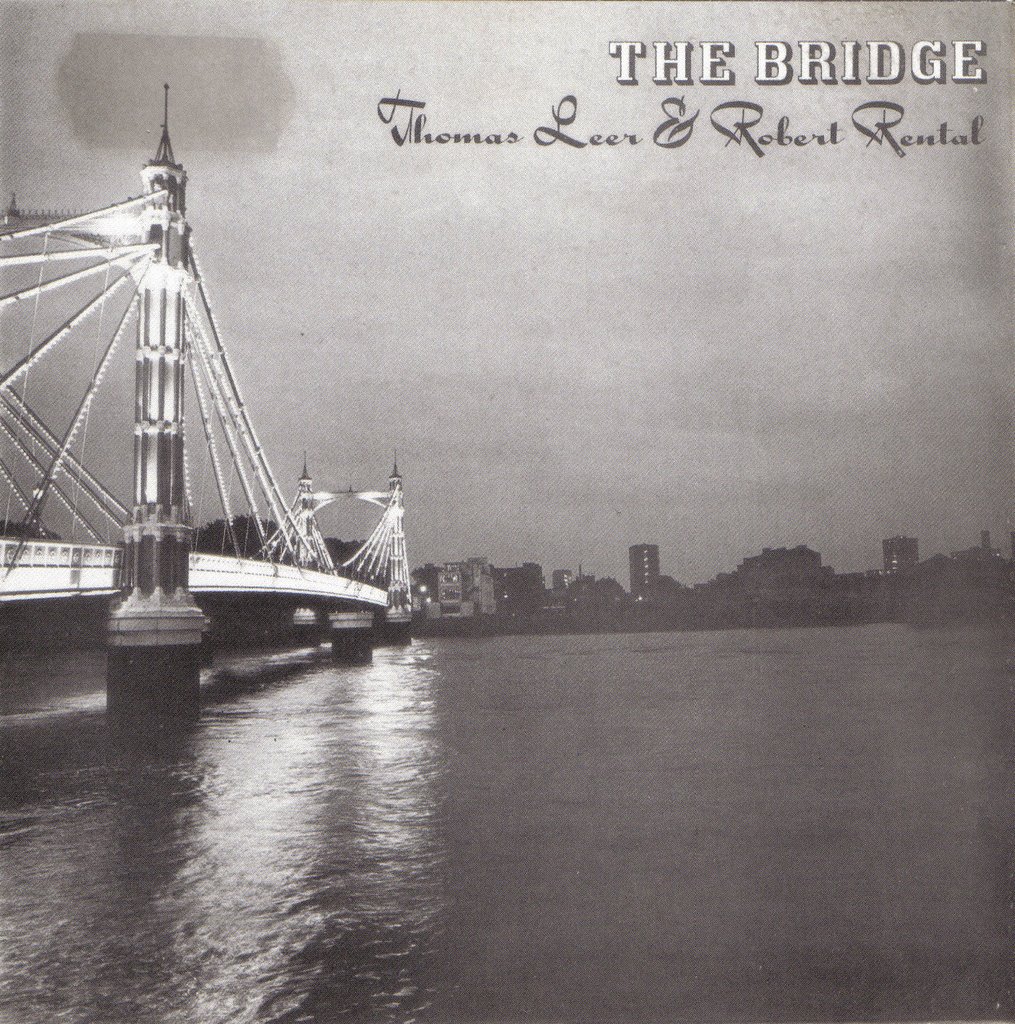 It doesn’t get much better than this stark and highly infectious synth and drum machine track from Leer & Rental’s groundbreaking album The Bridge. 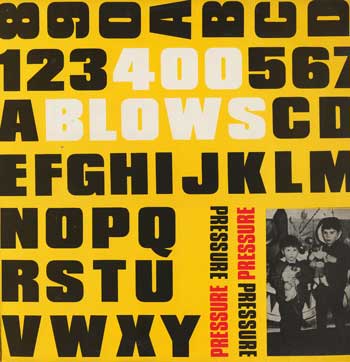 Of all the post-punk groups to combine dub reggae, disco and funk, 400 Blows were one of the best. This 12″ is their finest cut. 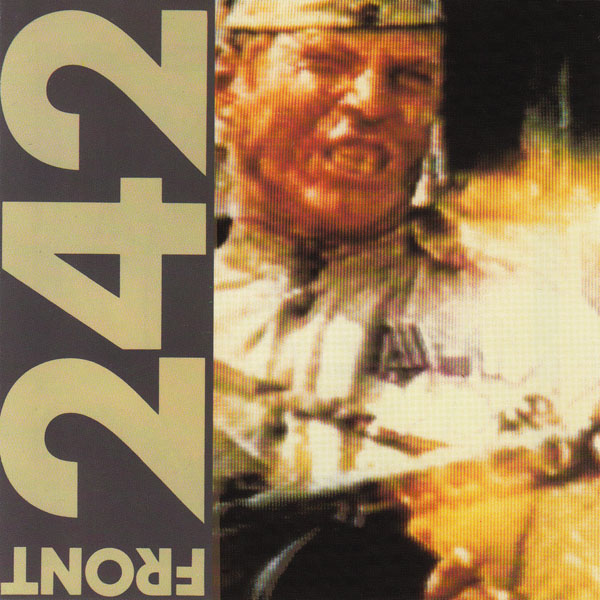 This Belgian EBM supergroup were the first to coin the phrase ‘Electronic Body Music’, although they actually preferred another description: ‘Electro Disco Terrorist Music’! Like Nitzer Ebb, Front 242 have lots of big, genre-defining dancefloor anthems, but it’s this marvellous track about being in a car crash that I love to play. 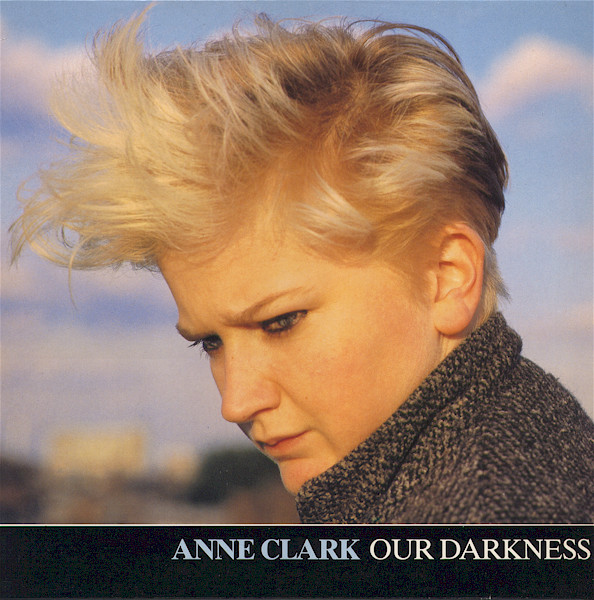 Anne Clark was a key organizer of South London’s Wharehouse Theatre punk scene, where she met synth whiz David Harrow. Later they collaborated on a number of tracks, of which the superb ‘Our Darkness’ became a hugely influential proto-house record. 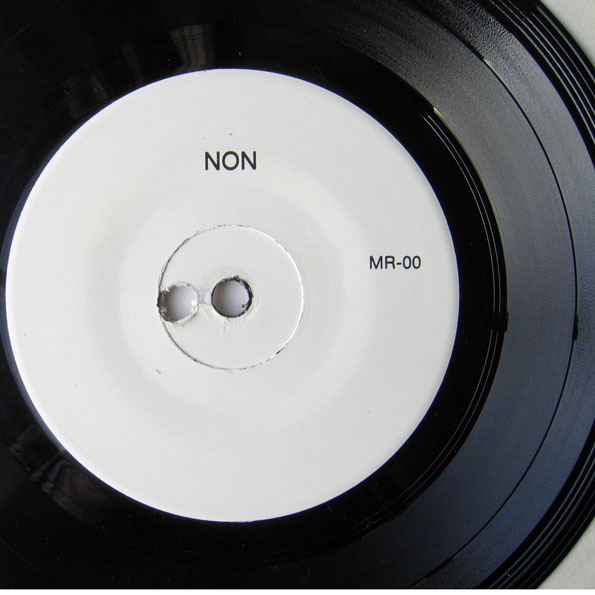 This is an ultra limited-edition, one-sided 7″ with two tracks, three locked grooves and an extra hand-drilled hole so that it can be played off-centre, and at any speed. It was released way back in ‘77 by the American provocateur Boyd Rice, who was trying to make music as if he’d never heard any before. The results are awesome. 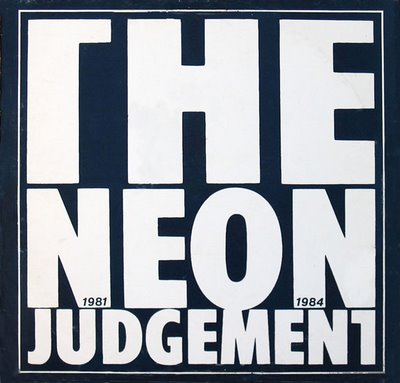 Belgians Dirk Da Davo and TB Frank released a number of classic and influential tracks from 1981 to ‘85. Championed by Dave Clarke, they have been remixed by Tiga, Terence Fixmer, The Hacker and Millimetric, and compare well with Suicide for cool, raw electro-punk. 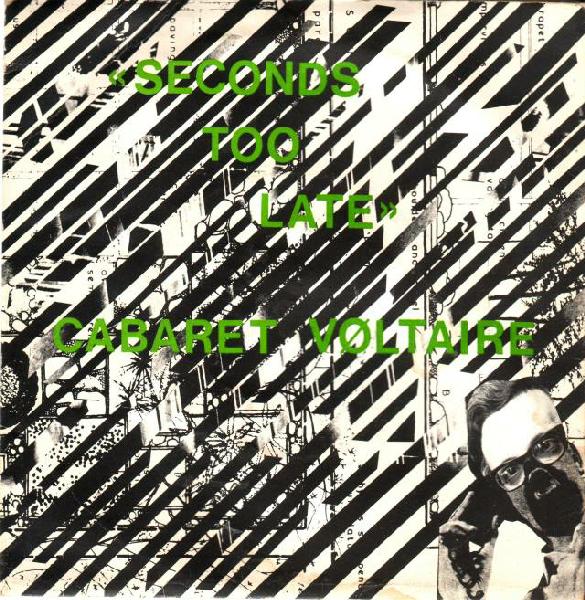 The Cabs are a hugely important group. Like Throbbing Gristle they are a conduit for all kinds of occult information and energizing sensations. In the late ‘70s and early ‘80s, they operated from their Western Works studio in Sheffield producing a large body of pioneering work. This slow, dubby track is an absolute industrial classic, and a regular feature in my DJ sets. 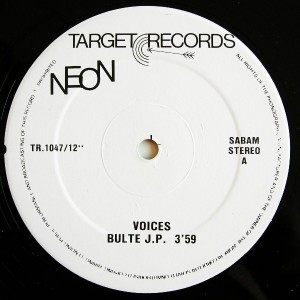 This super rare 7″ was a pivotal EBM/New Beat record; much sampled, but never bettered. 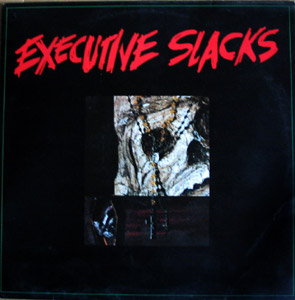 A weird and wonderful outfit from Philadelphia, Executive Slacks did a cool cover of Gary Glitter and released the classic ‘The Bus’, but I love this itchy and feverish number the most. 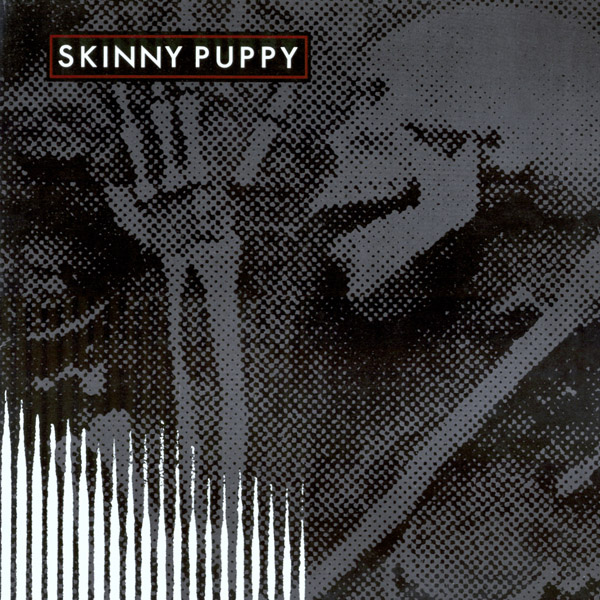 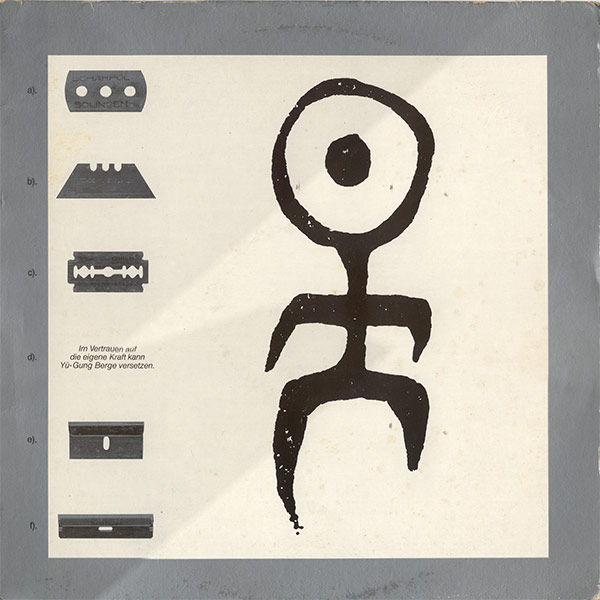 Einstürzende Neubauten (which roughly translates as ‘collapsing new buildings’) were one of the most creative, experimental and vital groups to come out of the early ‘80s Berlin underground scene. ‘Yu Gung (Futter Mein Ego)’ is a high point of their earlier work: raw and demanding, featuring delirious vocals from Blixa Bargeld. If you don’t dance to this, just give up.