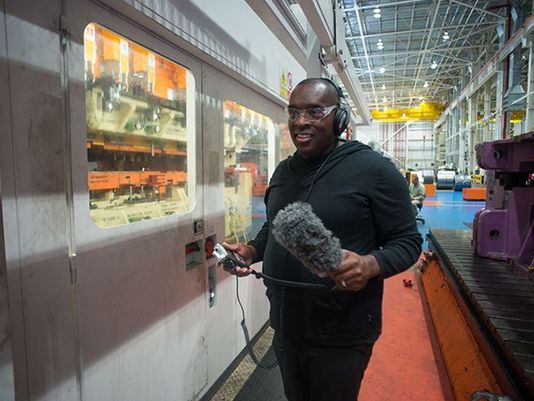 Techno legend captures the sounds of the Motor City.

After two years spent living in Chicago, Detroit techno legend Kevin Saunderson has returned to his hometown. This week he visited Ford’s Michigan assembly plant as part of a forthcoming documentary during which he spent time recording many of the sounds made by the plants’ machinery.

“It’s hard to say what it will be used for,” Saunderson said. “You take samples, put it in the machine, and you never know what vibes it might bring. It could bring nothing, it could bring something amazing.”

Part of techno’s founding fathers, The Belleville Three alongside Derrick May and Juan Atkins, Saunderson has set up a studio in his home and is looking for a bigger space in town.

This was Saunderson’s first ever visit to the plant, and he said some of the high-pitched tones he heard reminded him of similar sounds he’s created over the years using synthesizers. [Via Detroit News]