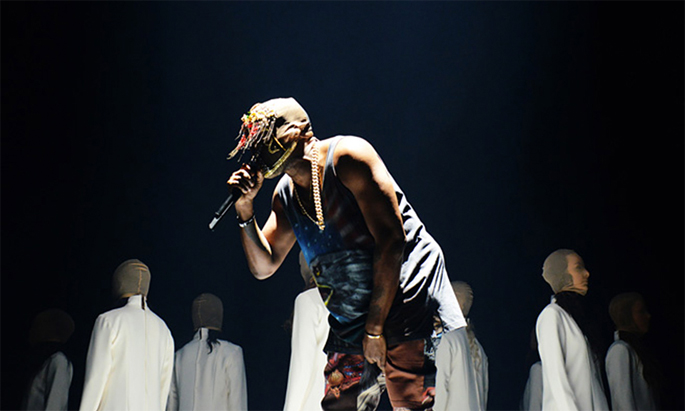 You can now watch Kanye West’s entire Yeezus show thanks to one fan.

At the beginning of this year it was reported that Kanye West had recruited director Hype Williams to put together the Yeezus tour documentary. In the nine months since the trailer for that project surfaced we haven’t heard anything else, and one fan in particular got sick of waiting.

John Colandra took matter into his own hands, constructing a two-hour long documentary of the Yeezus concert mostly using audience footage, with the inclusion of some professionally recorded video. The documentary isn’t official but the result is surprisingly good, providing a multitude of unique perspectives on the elaborate show. Watch it below. [via HYPETRAK]