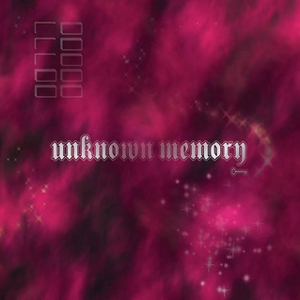 The debut album from Stockholm’s Jonatan Leandoer Håstad is, depending on where you stand, a glimpse of the future of hip-hop, or an artform debased. Unknown Memory was released digitally in the summer of 2014 and only now sees a physical release; in the last year, he and his Sad Boys crew have transmuted viral curiosity into real-world buzz, touring their melancholy, swagged-out rap across Europe and the States.

Their youth is arresting. For the 18-year-old Lean, 50 Cent’s Get Rich Or Die Tryin’ is the oldest of the old skool, and Lil B and T-Pain are elder statesmen. Their videos, which chalk up views in the millions, aim for a sort of suburban thug aesthetic, but mostly remind me a bit of an episode of that quite depressing MTV reality show My Super Sweet 16: gangs of pubescent boys posing in supermarket gold and box-fresh sportswear, posing in the vicinity of gleaming four-wheel-drives and piloting quad bikes around the Stockholm suburbs.

Lean’s music has been called amateurish, and such a description isn’t unfair. His rapping falls somewhere between melancholy and insouciance, curiously blank, occasionally fumbled, often slathered in Auto-Tune. When, on ‘Monster’, he croons “I’ve got electricity running through my veins”, you mentally note how it sounds more like treacle. Still, his meme-like spread isn’t enormously surprising. Firstly, this sort of ostentatious, self-pitying sadness – present in artists from Lana Del Rey to Future to James Blake – feels like it’s having a cultural moment. Lean is his audience, pretty much, and his voice sounds authentic to its own experience: that sort of world-weary ennui common to first-world teenagers everywhere. Secondly, the production on Unknown Memory suits Lean’s raps to a tee: a gauzily beautiful sound heavily indebted to Clams Casino that drizzles cloudy, ambient melodies and hazed-out vocal samples over ticking trap percussion.

I’ve got to confess that I find Yung Lean oddly fascinating, although I’m still trying to work out how much of my interest is purely anthropological. There’s something beguilingly decadent about Unknown Memory: the way Lean’s confessions of world-weary ennui flow seamlessly into brags about wealth and status; how those dreamy, new-age synth lines play out beneath raps that sound spiritually hollow. On ‘Blinded’ we find Lean “cruising down the black lodge/with a black wrist-watch”, rhyming about sushi bars and piloting a jetpack. ‘Leanworld’ is a love song of sorts, but swings back and forth between misty evocations of the girl that got away and something more stoic and hard-hearted: “At the back of the club with my boys blowing dub/We don’t talk, don’t show love, white shoes, white gloves”. Throughout, he echoes the messianic melancholia of Lil B, but he conspicuously lacks anything of B’s conscience, curiosity, or positive messaging. Instead, Lean is utterly absorbed in his sadness, and no earthy pleasure can dispel it. “I’m a lonely cloud,” he repeats on album highlight ‘Yoshi City’, which becomes a sort of YouTube haul list slurred through wilted Autotune. “Sad boys bitch we world wide/Grey sweatshirt, L size/Wakizashi and grape Nikes”.

But there’s no denying Unknown Memory, in places, is technically pretty weak. The likes of ‘Ice Cold Smoke’ and ‘Monster’ find Lean crooning rather than rapping, while a brief cameo from Houston MC Travi$ Scott on ‘Ghosttown’ shows up pretty much everything else around it. The production – courtesy of Yung Gud, Yung Sherman and White Armor – usually serves its purpose, but Lean’s lyrics, viewed against the broader landscape of rap, are pretty rudimentary. Lines like “I’m an aristocrat without the progress” really are as meaningless at they sound on first listen; a nose through Rap Genius suggests Unknown Memory contains little in the way of cultural allusions or hidden subtext: it’s unreviewed annotations all the way down.

More broadly, it feels like there are questions to be asked about a bunch of white European teens appropriating the culture and iconography of black America wholesale. This doesn’t feel as unsavoury as, say, G-Eazy’s These Things Happen – a sort of whitewashed, playboy take on Drake’s boudoir rap that is surely some of the shittiest, most cynical music of 2014 – but perhaps only because Yung Lean wears his naivety on his sleeve. Still, you feel that Lean has made a splash because of his points of difference, rather than his straight-up mimicry. And let’s not forget that hip-hop isn’t just about hard times and struggle; it’s also about fantasy and wish fulfilment, and in its sepia daydreams of rap-game notoriety and unimaginable wealth, Unknown Memory stands remote – sad boys in a pack of their own.