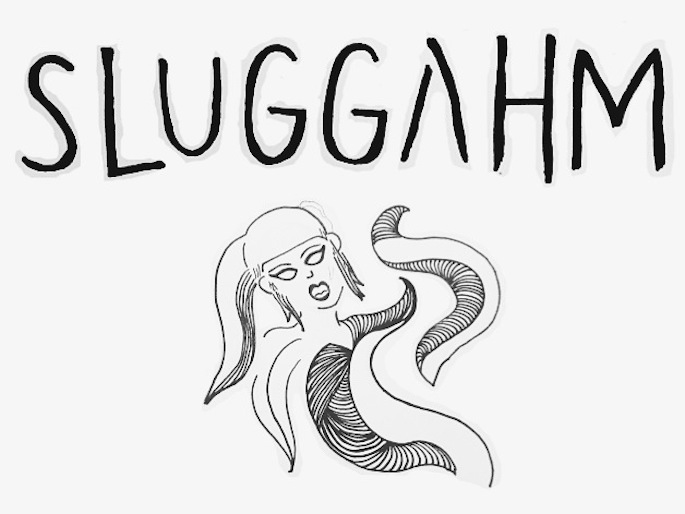 Two of Awful’s weirdest talents reunite on a four-track EP.

Slug Christ and GAHM last teamed up on ‘SETMEOFF’, a standout on the latter’s The House That GAHM Built. Now, the two have continued to explore shadow-dwelling, goth-tinged rap and R&B on their SLUGGAHM EP.

“I’m a huge fan of Slug’s production, and he’s one of my favorite Awful members in terms of overall style,” GAHM tells us. “Making a connection with him was the most natural thing to do.” GAHM likens the collaboration to a comic book crossover, with Slug jumping universes to dabble in GAHM’s self-described genre, rhythm-and-creep.

Slug Christ maintains that the pair are the most “avant-garde” of the Awful crew, and it’s difficult to argue with him. GAHM produced most of SLUGGAHM, with Slug contributing lyrics and vocal melodies, and the result is some of the weirdest, emo sludge we’ve heard all year.

Stream the EP below and check out our primer on Awful Records, which just landed near the top of our label’s of the year list.