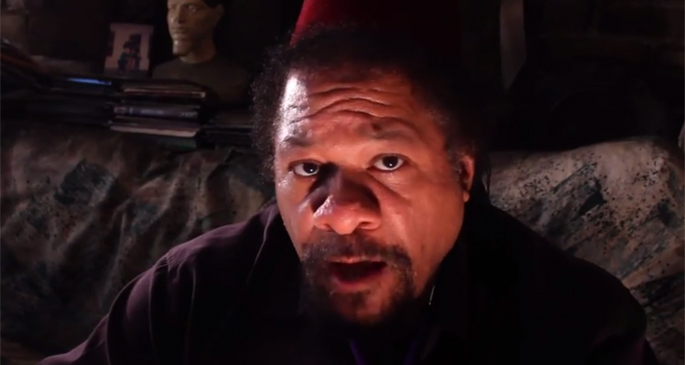 Shawn Kemp, aka FACT fave producer/rapper Lil Ugly Mane has provided the soundtrack for a bizarre commercial for artisanal vaporizer liquid Slippy Syrup. Unsurprisingly, there’s a good story behind this one – Slippy Syrup is the brainchild of one Brian Blomerth, the NYC-based noise bro responsible for epically trolling Judge Judy with a group of friends.

Blomerth, who lives in Far Rockaway noise venue/house of sin Red Light District (also home to piss gargling geniuses Yellow Tears and others), runs the company with Kate Levitt (who was also involved in the Judge Judy appearance) and named it after his dog, Slippy. It was launched to sit alongside the Understanding Nicotine comic, which Blomerth authored along with Dr. Ispib Osnotkitchi, and bills itself as a “high quality” and “hand crafted” vaporizer juice company. Osnotkitchi appears in the incredible video, and stands as one of the only human beings to have ever injected nicotine – you get the idea.

It’s also worth noting that Lil Ugly Mane has his own vape juice flavor – Lil’ Ugly Mane’s Courtroom. We have to admit, we’re interested in how this one might taste – woody, with an air of leather and guilt, maybe?

You can check out the bonkers video below. [via Ad Hoc]