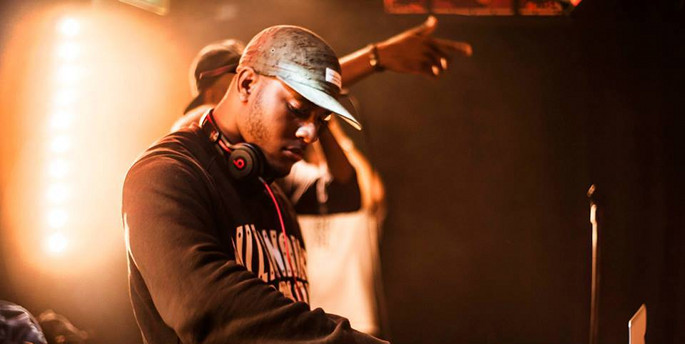 Although it’s not seen the same profile as his album Ineffable or collaborative single with Flava D, ‘PS’, DJ Q has spent the last twelve months releasing some excellent singles on his new-born Q Recordings label. Dealing mainly with that intersection of UK garage, deep tech, jackin and bassline house that Q’s sets often rep, it’s released music by Arun Verone, PVC, Francois and Q himself, with a compilation promised for next year.

This latest single gives a long-awaited release to ‘Ordinary People’, a DJ Q radio favourite for some time now, and accompanies news that Q will be co-presenting a bassline house festival on February 21, in Bowlers Manchester.

For the uninitiated, bassline house – often simply named Niche, after the Sheffield club pushing the sound – was a take on UK garage that dominated Midlands and Northern clubs mid-way through the ’00s, with a series of crossover hits – most notably T2’s ‘Heartbroken’, but also DJ Q and MC Bones’ ‘You Wot?’ and H “Two” O and Platnum’s ‘What’s It Gonna Be’ – bothering the UK charts. For more on bassline, it’s worth watching Dazed and Channel 4’s Music Nation episode on it.

FACT caught up with Q to find out more about Bassline Festival, Q Recordings and his plans for 2015. We’re also streaming ‘Ordinary People’ in full below.

OK, so why the white label series? It’s technically the first solo track you’ve released since Ineffable, but it’s been around a while – is it a nice way of doing a little white label thing while you work on a proper follow-up?

There’s a lot of tracks, either produced by me or other people, that have been around for a good while but never been released. The idea of the white label series is just to make these tracks available for everyone. Some of the stuff in the series will be made available as free downloads as well.

You went a long time without releasing an album, how have things changed since you’ve done it? Does the way you approach what you release change, for instance? And are you now working with an Ineffable follow-up in mind, or is that a way off?

To be honest things haven’t changed for me. I still make music in the same way as I did before, I never make music for a specific release in mind. That always comes later on. In terms of an Ineffable follow up I wouldn’t say it’s far off, it will come when the time is right. I will tell you one thing though… there definitely won’t be another 10 years between the first and second album.

Tell us about Bassline Festival – how did it happen?

Its been an idea that I’ve been toying with for a while. Not a festival as such but just an event that brings together all the different angles and sounds of bassline. I always said if I was to do a “bassline reunion” then it would have to reflect the full scene as a whole. My mate Chris Hogg helps run Outbreak Festival in the Midlands, and the same guys used to run the Download bassline events. They were the first promoters to book me for a bassline set and we’ve always had a good working relationship so it made sense to do it with them. After seeing the love everyone still has for the genre it felt like the right time to do something.

What’s your involvement exactly – are you curating the line-up and they’re booking it, how does the actual process work?

I can’t even take full credit. Me and Chris were talking. I was thinking a small venue, few of the key heads from each part of the scene. Chris was like “Nah, lets do it bigger” So then we just ended up booking more or less everyone. Those guys run regular events at the venue so it made sense we did it there. We both threw names around and made it happen. A few phone calls, WhatsApp conversations and it was sorted. We’re aiming to put the event on once a year.

There’s been much talk of a grime resurgence this year, and while bassline still has traction in some parts of England, it definitely seems like a bit of a nostalgia circuit for a lot of people? Do you see that changing any time soon?

Music is so disposable now genre trends change all of the time. One problem with bassline is that a lot of producers stopped making the music so hearing new bassline was virtually impossible unless you knew exactly who was making it and where it was getting played. Back when the genre was booming it was everywhere, cars driving past, music in shops etc. If more people start making the music again and it attracts the ears of the wider audience then theres no reason why there can’t be a bassline resurgence.

You had a starring role in Dazed‘s Music Nation show on bassline, did you think it portrayed what happened to the scene accurately – or at least as accurately as it could without Niche’s involvement?

The guys involved did a wicked job. In a way I think it was a good thing Niche wasn’t involved because it shone a light on the other aspects of the scene. I think it was accurate in what it covered. There was still a lot more that could of been covered but there’s only so much you can fit in 20 mins. Me and Smallz was in that car park filming and talking for about three hours but you probably only saw about 15 mins of us on that doc.

What else do you have on the go at the moment?