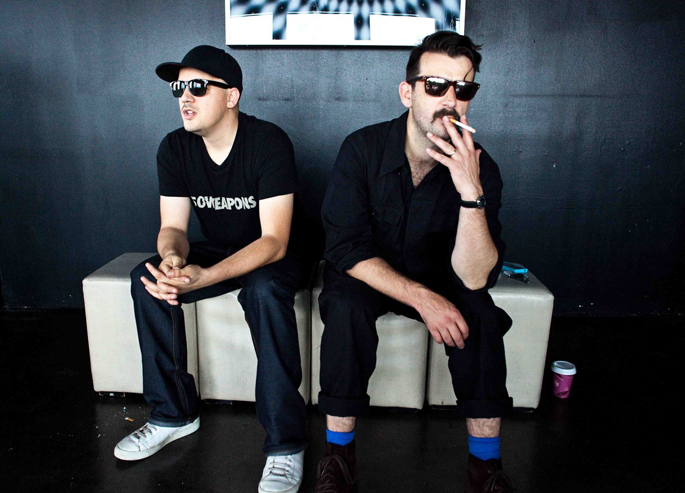 Update, January 20:  A bundle of exciting new events have been added to the LEAF line-up.

British house music pioneers 808 State will be performing Ninety in its entirety to mark the album’s 25 year anniversary, and the band’s Graham Massey will share a stage with Modeselektor to discuss their careers and influences.

Joe Muggs, formerly of this parish, will be moderating a talk on “the ambient revival” (sounds familiar) with panellists Mica Levi, Mr Mitch, Mixmaster Morris and Mira Calix.

House DJ and Ibiza regular Laura Jones will talk about maintaining her flourishing career despite battling a degenerative eye condition, and the designers of Arcadia, the giant fire-breathing spider-cum-outdoor venue you might have seen at festivals, will talk about their creation.

And for the kids, Big Fish Little Fish are hosting an interactive music and art area with light projections from Cariad Interactive and a synthesiser workshop from Korg.

A disco icon is to sprinkle some stardust on the panel discussions.

The second edition of London Electronic Arts Festival (LEAF) will take place on March 6-7 next year at the new venue of Tobacco Dock, with a string of talks, tech demonstrations, screenings, DJ sets and live performances covering the breadth of electronic music.

Nile Rodgers will be presenting an “unmoderated, uncensored and unlimited” talk as part of LEAF Conversations, with the disco legend expected to give a lengthy talk on his life in showbusiness.

Black Butter Records, RAM Records and the team behind the East London Academy of Music are also down to give talks, and cult selector DJ Harvey will be interviewed by festival curator Rob da Bank.

Music school Point Blank will return with an entire day of Masterclasses from leading electronic artists, while BBC Radio 1 DJ B-Traits will host a discussion based around her BBC documentary How Safe Are My Drugs?.

On Friday evening, the Great Gallery at Tobacco Dock will host a live performance by crowd-pleasing techno crew Modeselektor, while Saturday offers the biggest line-up with sets across three rooms from Luciano, Tale Of Us, Sasha, DJ Harvey, Pan-Pot and Anja Schneider plus Chris Liebing, Modeslektor (DJ) and Stefan Hinz (live). More acts will be announced in the coming weeks.

Tickets for the events, which can be bought separately or as a weekend wristband, are on sale now from LEAF, TicketTannoy and GigsAndTours.