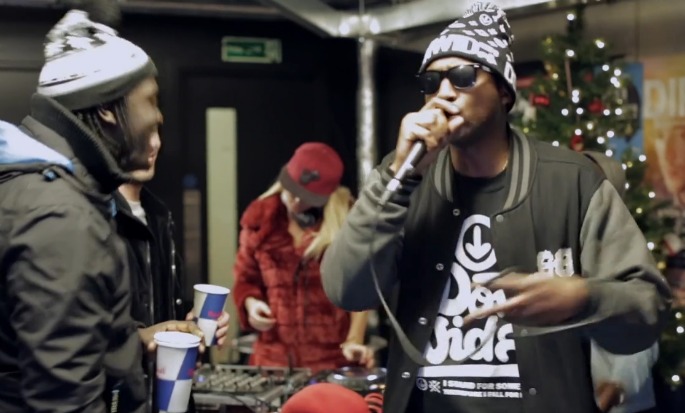 Flava D cracks out the sleigh bells for a festive cypher.

The OGz crew dropped in to the basement of Red Bull’s HQ this week to deliver a Christmas grime cypher (and to big up this month’s Eskimo Dance on December 27).

P Money, Blacks, Little Dee, Desperado and Jendor all go in over a custom Xmas beat by producer/DJ/natty dresser and FACT favourite Flava D, but we reckon it’s Flirta D’s junglist leaning effort that takes the crown on this one.

It’s the first of two Christmas cyphers from Red Bull, with the other featuring Discarda, Teddy and newcomers Hydro, Maxsta and Shizz – watch that here.

We’ve been rolling out our own FACT Freestyles series on FACT TV this winter – check out D Double E on a brand new Preditah beat and Blue Daisy over his own production.