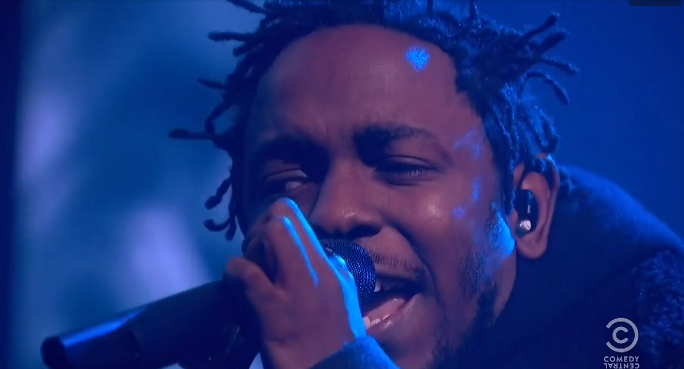 Lamar debuted an untitled number on one of the last ever episodes of The Colbert Report.

US political satire show The Colbert Report ends its ten-year run this week and welcomed Kendrick Lamar as one of its final ever musical guests.

Kendrick celebrated the occasion by debuting a previously unheard, untitled number on the show (and it sounds a lot better than ‘i’). It is unknown whether the track is taken from the Compton rapper’s as-yet-untitled follow-up to 2012’s good kid, m.A.A.d city.

Lamar was joined for the performance by Brainfeeder-affiliated bassist Thundercat, singer Bilal and a backing vocalist. You can watch Lamar’s performance above. It begins at around four minutes into the video. [via SPIN]