“I don’t care about sad robots, I care about SINGERS WHO CAN F**KING SING”: Kanye, D’Angelo, Oneohtrix and more reviewed in the FACT Singles Club 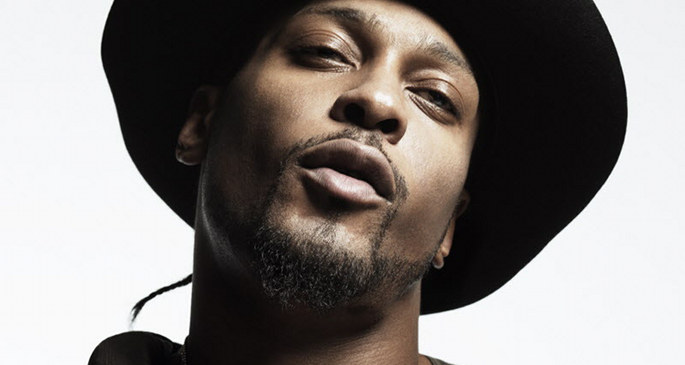 With the way individual tracks are now consumed, the idea of what constitutes a single has shifted dramatically in the last half a decade, and its for this reason that the songs reviewed across the next pages are a combination of 12″ vinyl releases, mixtape cuts, Soundcloud uploads and more. Up this week, Sicko Mobb, Gunplay, Chief Keef, Oneohtrix and, of course, D’Angelo.

Angus Finlayson: I can see why this didn’t make the R Plus 7 cut. It follows the same structural logic as the album’s best bits, but somehow lacks its dazzling, widescreen shine. Still, good to see Lopatin breaking down (another) one of dance music’s last taboos with those Massive-preset dubstep wubs. (7)

Son Raw: I can’t see myself paying attention to this more than once or twice but it doesn’t require your full attention to work anyways. (5)

Alex Macpherson: I always feel Oneohtrix Point Never’s library of sounds enjoyable and their ideas mildly intriguing, if hardly fascinating, but they could use a lot more functionality and/or gravitas. This feels like art installation background music. (6)

Scott Wilson: Nothing is more worrying than the word “offcut”, especially in relation to something as brilliant as R Plus Seven, but this is easily as good as anything else on the album. Hearing Daniel Lopatin creating a heavenly chorus out of pieces of the ‘80s is never going to get old. (8)

Brad Stabler: Kudos to Lopatin for not slotting this in to R Plus 7 – ‘Rush’ would’ve deadened that record’s meticulous forward momentum. The only complaint I have is this not getting put out sooner. (8)

Tayyab Amin: You step inside the 24hr neon-lit Subway and a man of strange faces and mirror fragments starts serving you before you can even speak. Honey oat, footlong. Tuna mayo with extra cheese, toasted. The piano-y bits from that Hecker record. Maybe a bit too much of that Hippos in Tanks muzak flavour. Smatterings of low-end, kicks, voices, plus the odd melody plucked from thin air to give it kick. Texture’s smothered in familiar angelic chords and Chipotle Southwest. You take a bite for the first time. Tastes like an 0PN Special should. Man says it’s on the house to boot! (7)

Angus Finlayson: This is the DJ Nate on the buttons, right? Nate made the weirdest, pulpiest, most saccharine footwork going (he was flipping Evanescence samples way before the PC Music lot turned those sorts of antics into an aesthetic), but he’d  seemingly ditched the style by the time of his Planet Mu debut. Bop’s a perfect second home for him. ‘House Party’ is as grotesquely upbeat as anything on PC Music, and easily as marmite as Nate’s Da Trak Genious. (6)

Chris Kelly: The combination of bop stars Sicko Mobb and sound originator / ex-footwork wunderkind DJ Nate is an exciting one. ‘House Party’ is as tranced-out and ecstatic as ever, but after a year of one-offs, the shock-of-new is starting to wear off. (7)

Tayyab Amin: Each listen of this brings diminishing returns, which is sorta upsetting what with being a fan of Sicko Mobb. It feels like it’s constantly at 100 which, whilst actually living up to self-empowering brags, doesn’t do so well in the momentum management department. It’s all good though, just listen to how happy they sound! (7)

Alex Macpherson: Tinny beats and Autotune vomit to signify euphoria is one the most regrettable rap trends ever. I know people lurch and slur at parties but if that’s what you’re focusing on you’re partying wrong. I mourn for the days when T-Pain, hip-hop’s Autotune pioneer, actually knew how to get people dancing. (1)

Scott Wilson: I know these guys are only young, but I still don’t think MDMA and hip hop are a particularly great combination. Sounds more like a kid’s birthday party than a house party. (3)

Brad Stabler: The most compelling narrative around Sicko Mobb and DJ Nate is how they always seem to get their timing right and wrong, often at the same time. Sicko’s Super Saiyan sped under the radar by dropping at literally the last second (becoming one of 2013’s best tapes by proxy), and Nate, well, he’s been all over the damn place, and I still feel like every time he hits it’s pretty much on accident. So we got this thing called ‘House Party’ as a result, and it’s a sure sign these guys need to work together more. Bop is still on the outer fringes of dance music, and that won’t change anytime soon, but these dudes are definitely doing something right, even if it’s impossible to predict where it’s going to next. (8)

Tayyab Amin: I’ve been trying to figure out why ‘Nobody’ sounds so heartwrenching to me. Chief Keef’s managed to distil that moment of delirium between getting to the top of the mountain and realising how lonely it is up there. (10)

Chris Kelly: Keef capped a year that saw him develop both as a vocalist and a producer with an uneven rush-job of an iTunes album — a microcosm of Keef’s one-step-forward, two-steps-back development. I wasn’t expecting ‘Hold My Liquor Pt. 2’, but pressing a well-worn soul sample into service and getting a half-day’s work from Kanye certainly feels like a missed opportunity. (4)

Alex Macpherson: Autotune vomit to signify emotion is also extremely regrettable, especially when it’s used so lazily as here. I don’t care about sad robots, I care about SINGERS WHO CAN FUCKING SING. (1)

Son Raw: Did someone steal this from out of the studio? There’s no way this is a finished song. Nice attempt at something new, but Keef’s warbling doesn’t translate over soul beats, so it’s a noble failure at best. (3)

Scott Wilson: Not even Kanye’s saving this one. Both the lazy beat and the tired autotune delivery have been done a lot better elsewhere. (4)

Brad Stabler: Keef’s been running wild throughout 2014 and before hitting play I was expecting, at least, something mildly unhinged. This tune, packed full of sedatives, is nothing really memorable, but it does get at something that’s been eating at me: can we call a ten year ban on anyone else sampling The Mack? (6)

Tayyab Amin: Loud voices with little to say and no interesting way to say it over a boring instrumental. Still, I can’t help but respect the corny title/beat double entendre. (4)

Alex Macpherson: Even when Gunplay tosses off half a minute’s worth of bars – and this is just tossed-off internet detritus by his standards – he kills everyone else so effortlessly. Rick Ross barely exists by comparison. The beat is insane, but in a messy way; it doesn’t really deserve anything more fleshed out. But Gunplay…what a ridiculous talent. That album’s never coming, is it? And while we’re on the subject of Maybach affiliates, neither is Teedra Moses’s, is it? Truly we live in an era where only lesser talents prosper. (7)

Scott Wilson: At first I was drawn to the jagged Timbaland beat, that sounds like it’s being dragged through a meat grinder backwards, but the more I listen to this, the more I’m starting to appreciate the juxtaposition of Gunplay’s blunt delivery too. Pretty much the perfect combination. (7)

Son Raw: Rick Ross never gets the credit he deserves for crafting a consistent sound out of those Maybach Music and Hood Billionaire drops. Harp all you want about his pre-rap employment choices, he’s managed to put out quality gangster rap on a major label for over a decade while he peers fell off, one by one. Gunplay’s always been his protégé with the most potential and the worst life choices, so I’ll be happy if his album comes out at all.  He sounds just as good over this glitchy weirdness as he does ripping a classic Wu-Tang beat. (8)

Angus Finlayson: The Soundcloud commenter who suggests that “this leaked too early” has it pretty much right. The beat could be a delight but it all sounds half-finished. As an aside, I love the idea that, under the new world order, music is never really “finished” – instead, like picking fruit when it’s ripe, the trick is in leaking it at just the right time. (7)

Chris Kelly: Gunplay (and Fat Trel) have spent the year in MMG purgatory while Rick Ross released not one but two forgettable albums – here’s hoping that changes in 2015, because it’s clear that Gunplay is still ready to explode (even if the track is whatever). (5)

Brad Stabler: They don’t even need to master this or make it longer – for Gunplay and Rick Ross, it’s the quickest, sharpest bodying they’ve done in a long time. For Timbaland, who’s about to get put out to pasture, something this unpolished is practically a relevation. ‘Timbs’ can just be put it out as dirty (scuffed, natch) and quick as it is. (9)

Tayyab Amin: If anyone could get lost in context talking about D’Angelo, it’s me. Trying my best to focus on the track itself, its greatest strength is how much like a jam it sounds. There’s an irresistable playfulness in the air and so much room to breathe it all in. Alright, alright, humour me for the teeniest bit of context: You overcome your demons, come back after so long and you’ve poured yourself into the song and saved none for the act of a grand return itself? It’s an honour, truly. (10)

Alex Macpherson: This was one of two new songs that D’Angelo debuted live all the way back in 2012, and in the intervening time my caning of the shoddily ripped mp3 was increasingly fraught with the suspicion that this would be it, this would be all I’d ever get of that incredible groove. So when it dropped, fully fleshed out, out of nowhere, it was the kind of gift pop fans dream of. It’s looser and lighter than it was live, but the way the instruments converse with each other – beyond call-and-response, the way the piano and horns and guitars pick up from each previous riff or motif sounds like you’re overhearing them chatter at a party – makes it so absorbing to listen to. In the context of its dense parent album, its lightness works even better – a rare moment of immediacy. (9)

Chris Kelly: Of all the comeback records of the last few years (MBV, Bowie, Timberland), perhaps none have been as eagerly and universally anticipated as D’Angelo’s third LP. It’s also one of the few that lived up to lofty expectations; the timeless, seemingly effortless funk of ‘Sugah Daddy’ reveals a man who was just waiting for his — not our — moment. (8)

Son Raw: Not the most adventurous song on Black Messiah by a long shot but D’Angelo’s music has always been weirder than his neo-soul descendants’ so this avoids veering into comfort food territory. This somehow has the looseness of a jam session and the precision engineering of a track 14 years in the making, and taken as part of the album, it’s pretty much perfect. (8)

Scott Wilson: I’m probably going to get slaughtered for saying this, but I just don’t get this at all. D’Angelo has a great voice, but here it just feels like it’s drowning amongst a sea of eccentric instrumentation. It’s cluttered, overcooked, and sounds just how you’d expect music that’s been gestating for over a decade to sound. (5)