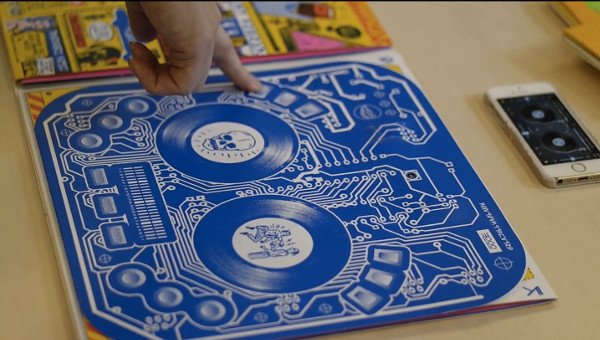 Funded by a Kickstarter back in January that eventually raised $128,378 ($28,378 over its $100,000 goal), the album sleeve for Extraterrestria sees QBert’s Thud Rumble collaborate with Algoriddim’s DJay app and Novalia’s touch technology, transforming the record’s gatefold cover into a Bluetooth DJ controller.

Fans can use the DJay app to run tracks from QBert’s album – or, indeed, any mp3s they like – through the two ‘decks’ on the sleeve, then can manipulate them by hand. Although most copies of the record will go to those who donated to the Kickstarter, there will be a limited amount available on the Thud Rumble site.

Check out how it all works on the video below [via egotripland].