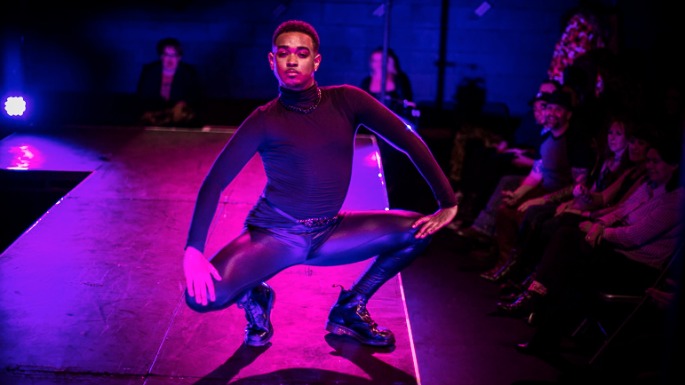 FACT’s regular ballroom correspondent Niall Connolly, AKA CVNT TRAXXX, picks his prime cuts from 2014 and drops off his Year In Vogue mix.

Looking back now, at the end of December, 2014 has proved to be a bumper year for ballroom and vogue.

From Mike Q and the talented Qween Beat production squad’s various collabs, productions and remixes, to Jennifer Lopez’s mid-summer release ‘Tens’ featuring legendary commentator Jack Mizrahi, right up to the storming ‘Bad Bitch’ by Gage & Kevin Prodigy, which dropped only weeks ago, the scene and the sound goes from strength to strength.

Pulling in diverse influences this year from deep house, underground US club and even grime, the genre keeps beating its own path through the musical jungle of dance culture, picking up more attention and exposure as it goes. But the truth is, every year is a good year for vogue, you just have to know where to look and listen. Ballroom isn’t going away, and its history has already shown that it’s impervious to mainstream success and fickle fads. Consider it the little genre that could. With that in mind, here are my top 10 ballroom/vogue tracks of 2014 – with the exception of a mystery track that’s going to absolutely slay when it comes out next year.

For more on the evolving scene and its international offshoots, check out FACT’s essential two-part feature on The Untold Story of UK Vogue and accompanying mix, plus a guide to Qween Beat, the crew behind this year’s best ballroom mixtapes, and an interview with scene star Vjuan Allure.

Use your keyboard’s arrow keys or hit the prev / next arrows on your screen to turn pages.

At the start of this year, producer Jay R Neutron released a mixtape entirely based on remixes of Beyoncé’s last album, called, appropriately, The Bey Mix. This is one of the stand outs, an epic re-rub of one of the original album’s stand out tracks (really two tracks in one) that ups the bass thump to 11 and the tempo to roughly 130 for maximum dancefloor devastation.

There’s been a real crossover between grime and ballroom this year, and the fusion of the two rhythmic, stripped-back genres makes sense and looks set to continue in 2015. SPF666 is a perfect example of the bin-busting bass and staccato rhythms of both genres fusing into something fresh. This remix of ballroom mainstay Beek is a great example, the hard beats and stabs topped off with Beek’s sensual, nuanced vocals. Also worth checking out is SPF666’s Scorpion Cache EP from earlier this year. Shout to my homies at Knightwerk, who put this out, along with my CVNT TRAXXX Cannabis Kitsch EP and upcoming releases from Vjuan Allure and Traxx Romay.

Nobody does pop-cultural meme-sampling tracks like Divoli S’vere! And I mean NOBODY. Apart from having a unique, recognisable vocal and production style, Divoli often takes samples and ideas that could look cheesy as fuck on paper and manages to turn them out into something both fun AND credible (a hard trick to pull off!). Case in point, this American Horror Story: Coven-sampling dubbed out rhythmic beast, which manages to be camp, funky and very spooky all at once. Part of S’Vere’s ongoing weekly Tuesday Tunezs series – check out his SoundCloud page for more.

Hot off the presses (this only came out on December 15) but already turning a lot of heads, ‘Bad Bitch’ is the perfect marriage of UK grime and US ballroom. Producer Gage lays down a solid, thumping production, over which legendary ballroom commentator Kevin Prodigy simply goes off. One of the most recognisable voices in the genre, it’s simply awesome to hear Kevin Prodigy crossing over here, his brilliant and distinctive vocal style the perfect gateway for people wishing to explore the ballroom sound more, whether it be on SoundCloud, YouTube, or through official releases like this.

Another one for the grime/ballroom crossover scene, this isn’t actually out until next year but I’ve been rinsing it since I got the promo recently. Cakes Da Killa is not a ballroom commentator but an all-round super-talented queer rapper, and Byrell The Great is one of Qween Beat’s top remixers/producers, and MikeQ’s stand-in DJ at the legendary Vogue Knights in New York. Grimey synth blasts snuggle up comfortably to the “ha”, and Cakes lets rip with flourish. Definitely one for fans of Gage and Kevin Prodigy. When these two got together, it was moidah!

DJ Delish is really pushing things forward right now, taking the clattering percussion of Night Slugs and grime and marrying it to the more easily recognisable rhythms of house. This old-yet-new, fresh approach is quickly gaining the young Philadelphian a following, with tracks and remixes that could fit into a wide range of DJ sets. It’s not hard to see why, and if he keeps it up the future looks bright for Delish and his PumpDaBeat and OvahUndah crews. 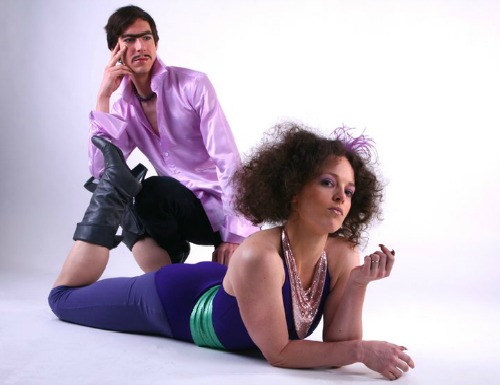 Okay, this is another track not slated for release until 2015 and which I’ve been sitting on for a while now, but rest assured that when this does finally drop via Knightwerk it is going to absolutely slay. With synth horn stabs and Funky Drummer loops reminiscent of early UK hardcore, the icing on this ballroom-breaks cake is the vocals by LA’s Purple Crush, who have been absolutely grafting this year with their Iconoclastic album and Bajee Ball parties. If there’s any justice this should be huge, another possible ballroom crossover moment perhaps. WHERK indeed!

An absolutely killer EP by Sugur Shane on Main Course Records, which features not one but two big tunes which have been staples of my set for a while. First up is the insane, dancehall-sampling dust-up ‘Kill Da Bitch’, but sealing the deal is the remastered ‘Buddah V Sugur’, a brutal ballroom anthem featuring Commentator Buddah whose apocalyptic bird-screech noises and “brr-kap” vocals you might have heard before, especially after its use in the Hood By Air 2013 collection.

So I put myself at number two – cheeky, yes. But the truth is that when it’s touched by the hand of a ballroom/house music genius like Vjuan Allure, it’s a) a dream come true for me b) barely mine anymore anyways and c) unstoppable dancefloor dynamite, as proven by this clip of Vjuan dropping the remix at Stockholm’s Streetstar dance/vogue festival this May.

The video for this track has been floating around online for months and months, but if I’ve seen and heard one tune tear up dancefloors in 2014, this is it – especially when dropped by the Maestro MikeQ himself. Drama is the key here, with strings and synths building up to minimal drum drops that are irresistible dancefloor bait for the girls. Ballroom isn’t really about “the drop” so much, but every time I have seen this played on a decent system, it absolutely kills. Eat it up, eat it up, eat it up!