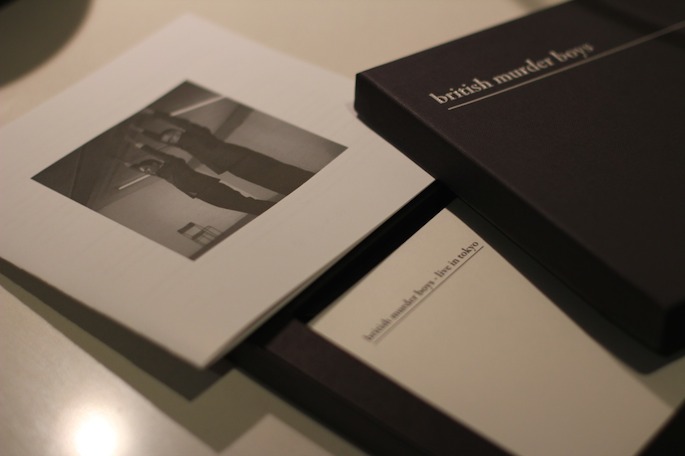 Recordings / Live in Tokyo is ready “at long last.”

Regis and Surgeon closed the door on their British Murder Boys project back in 2013, performing one last live set in Japan. Early last year, Downwards announced the release of a recording of that set along with a retrospective compilation. Now, they’ve shared details and photos of the set.

The package include a 12-track set called Recordings that collects the singles that the duo released between 2001 and 2006, a Live in Tokyo DVD and a photo book. The tracklist is below, with photos over on the Downwards Tumblr page. Orders will start shipping this month. [via RA]