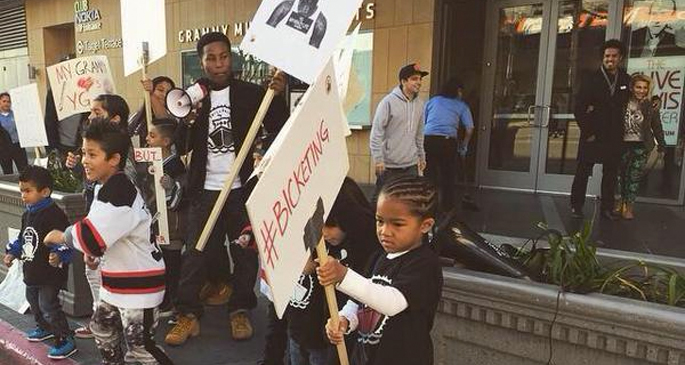 A collection of dedicated YG fans set up a picket bicket line outside the Grammy Museum in downtown Los Angeles yesterday to protest the Bompton rapper’s Grammy snub. YG’s unanimously-praised My Krazy Life LP was overlooked in nomination’s for the year’s best rap album, with nods instead going to the likes of Iggy Azalea and Eminem.

A crew of (very) young YG supporters set up the world’s cutest protest outside Grammy HQ, chanting “YG, why not?” and holding signs with slogans such as “Bicken Back Bicketing” and “Honk For YG”. There was also a “Free Gucci” sign thrown in for good measure.

You can see footage of the “protest” on Instagram. [via Complex] 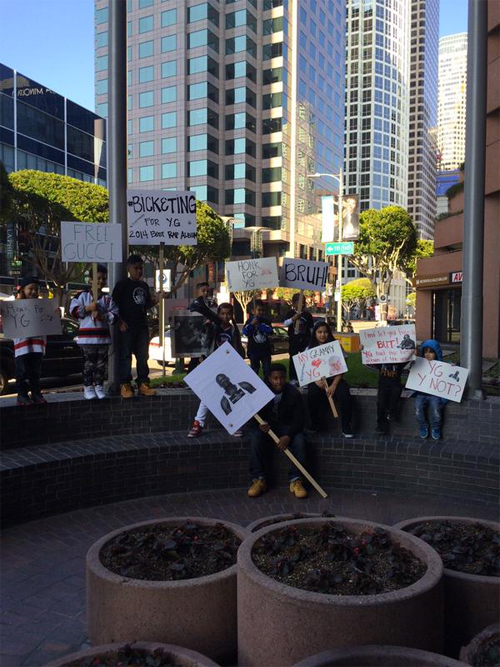 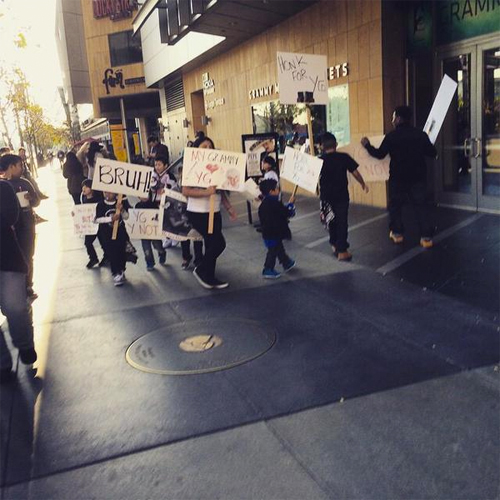