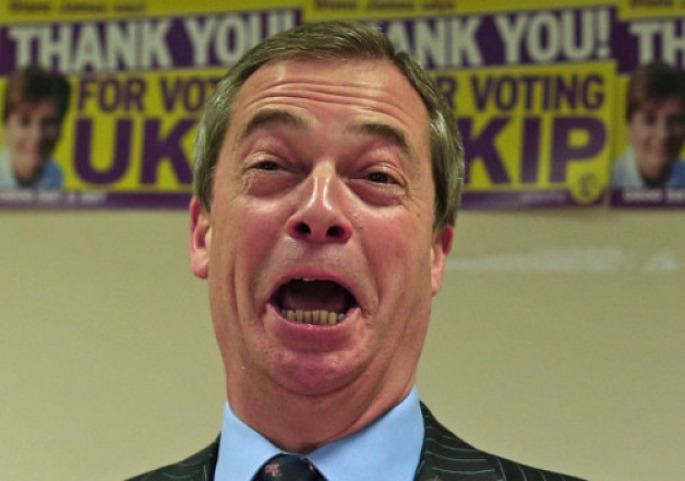 The upstart political party led by muppet-faced lactaphobe Nigel Farage says it’s looking into the problem. But there’s even better news! An indie label called Alcopop Records has swooped in and bought the Ukip.org domain name from GoDaddy, the company currently displaying its holding page on the URL.

Someone from the Oxford-based label calling himself Jack pOp told i100.co.uk that the label had bought the domain this morning for £200, “which seemed steep, but y’know”.

He’s got a receipt from GoDaddy, but it’s unclear if the registration will go through. A customer service representative from GoDaddy told i100.co.uk that it wouldn’t be possible to buy the domain because it’s registered with Ukip’s former chairman, John Whittaker. Looks like he forgot to keep paying his subs. 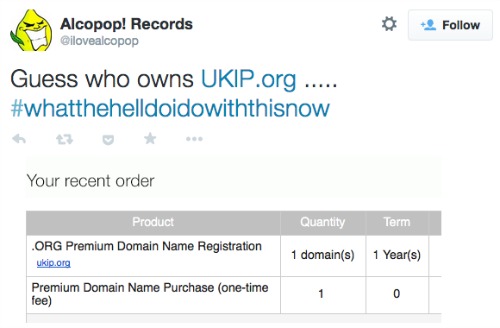 Sadly, in a more recent Facebook update, Alcopop Records said: “Sorry guys – the internet has let us down. This morning we legitimately purchased the UKIP website for £200 (confirmation here). However, Go Daddy seem to have given it back to those fascist bastards, and no sign of a refund. Genuinely gutted. We’ll be back Farage….”

One last thing though: one of the bands on the label’s roster is called Johnny Foreigner.