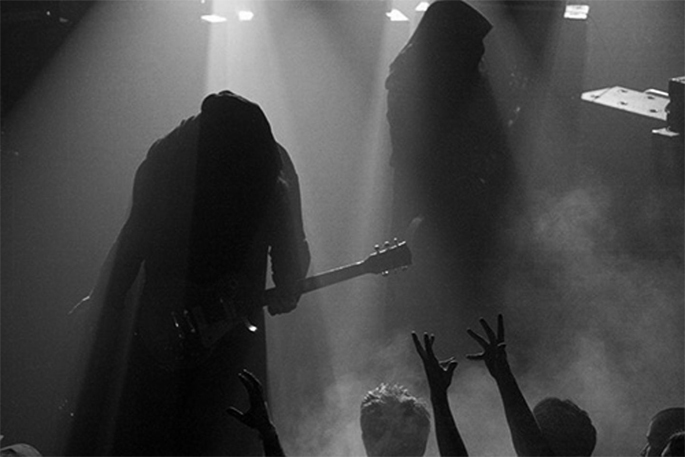 The doom metal heroes are planning their first LP since 2009’s Monoliths & Dimensions.

After releasing two excellent collaborative albums in 2014, Sunn O))) have announced plans to spend the New Year working on a new full-length effort.

In a recent newsletter from the longtime pair of Stephen O’Malley and Greg Anderson, the duo elaborated on their plans for 2015.

They explained: “O))) are working on three new tours in both US and EU and also will be continuing work on a brand new SUNN O))) album across the span of 015. We are looking forward to unleash to the masses.”