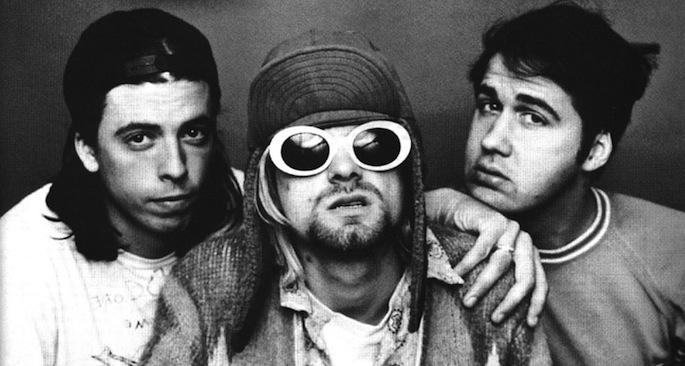 A a newly unearthed, unofficial live recording of early Nirvana has surfaced.

A previously unheard bootleg recording has emerged of the grunge trailblazers performing at Portland’s Satyricon venue on January 12, 1990. The recording is noted for featuring The Melvins‘ Dale Crover on drums, and also because it was captured on the fateful night that Kurt Cobain first met Courtney Love.

A YouTube user today uploaded a video that is allegedly a bootleg of the whole 54-minute concert. “I was there. I recorded their set. And I put it away in a box of tapes,” wrote uploader WY97212 in the video’s description. “Today marks the 25th anniversary and it seems like the right time to let people hear this. Enjoy and Play Loud. Recording is raw in accordance with the equipment and tape used at the time.”

While the authenticity of the recording hasn’t been confirmed, a poster for the event has been unearthed, advertising Nirvana in concert with Crover’s band The Melvins and Portland legends the Oily Bloodmen as support.

The quality isn’t the greatest but it does improve after the first track. You can listen to the full set below. [via Noisey]