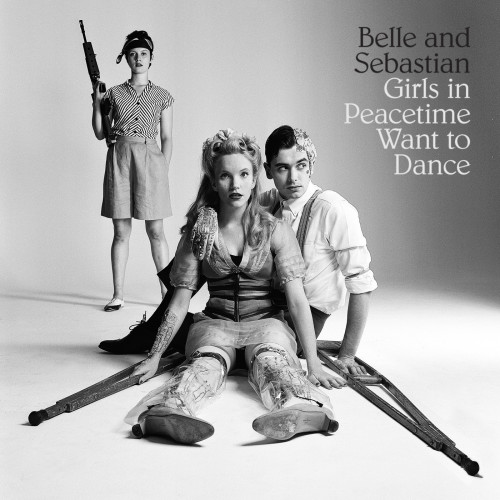 Top tier twee troupe turn on the disco lights for their ninth album.

Belle and Sebastian have made their new record, Girls in Peacetime Want To Dance, available to stream in full over at NPR.

Stuart Murdoch revealed last year that their first album since 2010 is inspired by the Eurovision Song Contest, an influence that’s easy to detect on the disco-stomp of the first single, ‘The Party Line’.

“I remember saying to the band, I want to do an album that one song feels like it could be the Cyprus [Eurovision] entry for 1974,” Murdoch said. “And the next song would be the German entry for 1989, or something like that. You might not see that in the finished songs, but somewhere that’s been an inspiration.”

Last year the band embarked on a vinyl reissue campaign for the entire back catalogue.