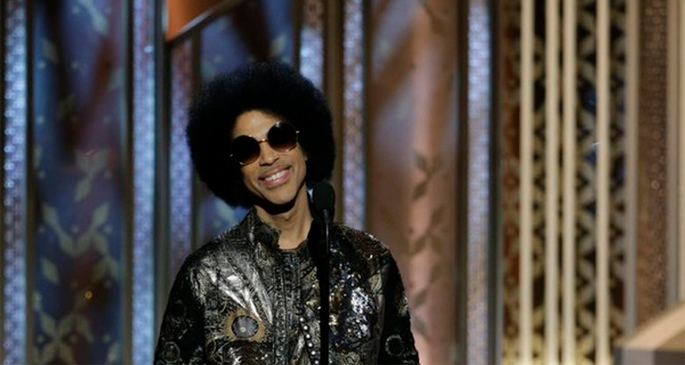 The Purple One was a surprise presenter at the prestigious film award ceremony.

The inimitable Prince made a surprise appearance at the Golden Globe Awards tonight, captivating the star-studded audience with his sheer presence. The iconic musician popped up to present the award for Best Original Song in a Motion Picture.

The award was won by Common and John Legend for their collaboration, ‘Glory’, taken from the film Selma. The pair won the category ahead of efforts from Lana Del Rey, Lorde, Patti Smith and Sia.

Icelandic composer Jóhann Jóhannsson also picked up the Best Original Score award for his work on The Theory of Everything, pipping Trent Reznor and Atticus Ross along with Hans Zimmer.

Watch Prince’s appearance below. As comedian Kumail Nanjiani tweeted, “Prince is getting more Prince as time passes.” [via The Hollywood Reporter]