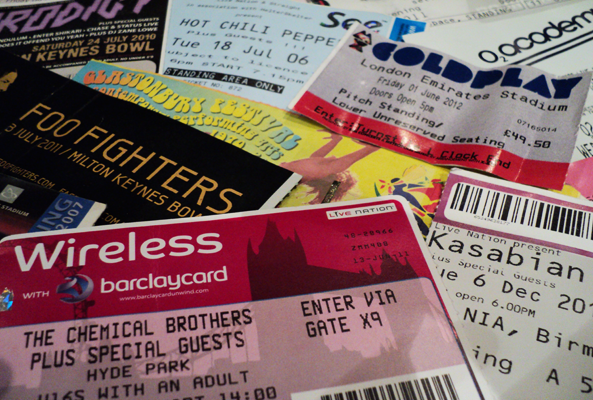 Cracking down on online ticket touts would mean “too much red tape”.

The UK government has rejected proposals to make secondary ticketing websites more transparent. A parliamentary debate took place yesterday to decide whether to make changes to the Consumer Rights Bill that would force websites like Seatwave and Viagogo to provide fans with information on who they’re buying from, the face value and seat number of the ticket, and whether the ticket is being sold in contravention of its terms and conditions.

The measures were supported by a vote in the House of Lords last November, but last night Members of Parliament rejected the amendment by 289 votes to 204, saying the measure would “overburden fans with red tape”.

Ticketmaster, which runs the ticket resale platform GetMeIn!, welcomed the decision, saying the proposal was “misguided and unworkable”. Christoph Homann, managing director for Ticketmaster Resale International, said: “There is no evidence to support extra regulation for the secondary ticketing market would be effective. Resale is here to stay, as consumers want more choice and greater flexibility.”

On Monday over 80 names from music, sport and theatre – including managers and agents representing the likes of Iron Maiden, Radiohead and One Direction – signed an open letter calling on the government to pass the legislation. “If the secondary platforms have nothing to fear from transparency, they have nothing to fear from these simple provisions,” the letter stated. “It’s high time the Government stopped sticking up for them, and decided to put fans first.” [via Music Week]