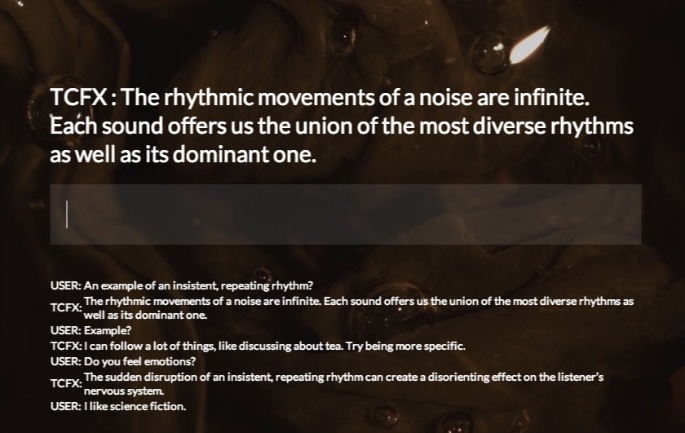 Norwegian producer Lars Holdhus, aka TCF, is known for drawing inspiration from the dark arts of 21st technology, particularly the mysteries of code and cryptography, in his high-tech digital productions.

His latest project, however, edges closer to science fiction territory – Holdhus has unveiled an interactive online platform called TCFX, which invites you to talk to his “online embodiment” through a command line interface.

Type in questions and the AI Holdhus will respond with text, images and music. As JunoPlus points out, it seems to match his personality – asking questions about tea (his favourite drink) gets an appropriate response.

Have a go over at TCF’s website or watch the demonstration in the video below.

The platform was developed alongside Tljtieue Bovitobenn and digital studio Remote as an extension of the record TCF put out on Liberation Technologies last year. There are plans to expand and upgrade it for future releases, too.