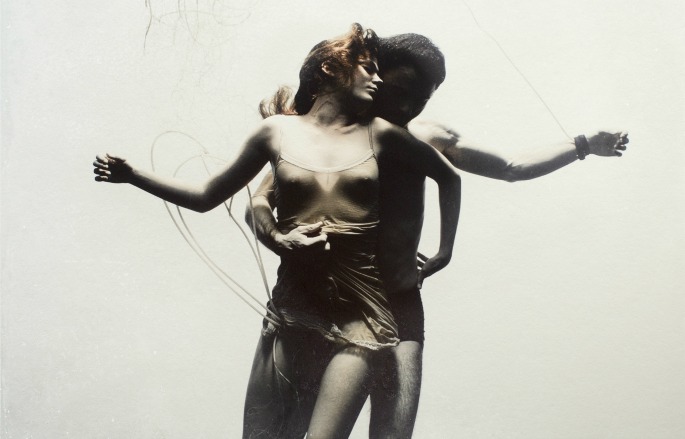 At Digital Québec, some of the Canadian province’s most innovative A/V creators will present their work for the first time in the UK. The selection of works represents the intersection of music, sound and digital art, acting as a continuation of the combined Elektra and Mutek 15th anniversary event in Montréal last May.

Among the eight performances, Matthew Biederman and sound artist 4X will blur electronic music and synthetic voices in a piece that explores where perception actually occurs within the senses, while Herman Kolgen presents Seismik, a performance that taps into seismic waves and ground tremors in real-time.

Elsewhere, Dominique t Skoltz will present her new work y2o which studies the subject of “troubled love” (photo above), while Yan Breuleux’s Tempêtes is a series of chaotic, Turner-inspired panoramas soundtracked by cellist Soizic Lebrat.

The programme will also include an International Marketplace for Digital Arts (IMDA), offering free demonstrations to the public on 13 March from 12.30pm to 5.30pm.

Thursday 12 March
7pm
Dominique t Skoltz: y2o
Known for her filmic explorations into the contrasts between the intimate and clinical, Dominique t Skoltz presents her new work which studies the subject of troubled love with stunning results (29 min).
Yan Breuleux: Tempêtes
Yan Breuleux’s work for this show is inspired by the late work of painter Joseph Mallord William Turner. Presented as a journey through a series of chaotic panoramas undergoing continuous transformations, Tempêtes is created in collaboration with cellist Soizic Lebrat (20 min).