Pharrell to guest star on The Simpsons this season 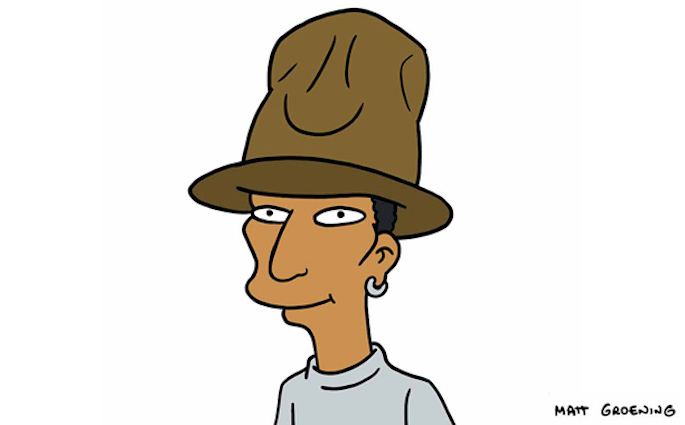 It has long been a rite of passage for celebrities to guest star on the Simpsons. Now Pharrell Williams will join the ranks of Michael Jackson and Thomas Pynchon as a guest star. The episode concerns the citizens of Springfield trying to find a new town song when they learn their current one is an unoriginal copy (which is inspired by true events).

Above you can see what the Williams will look like in the episode and feel safe knowing his giant hat will be featured. There’s no specific date yet, but look for it this season. (via Entertainment Weekly)