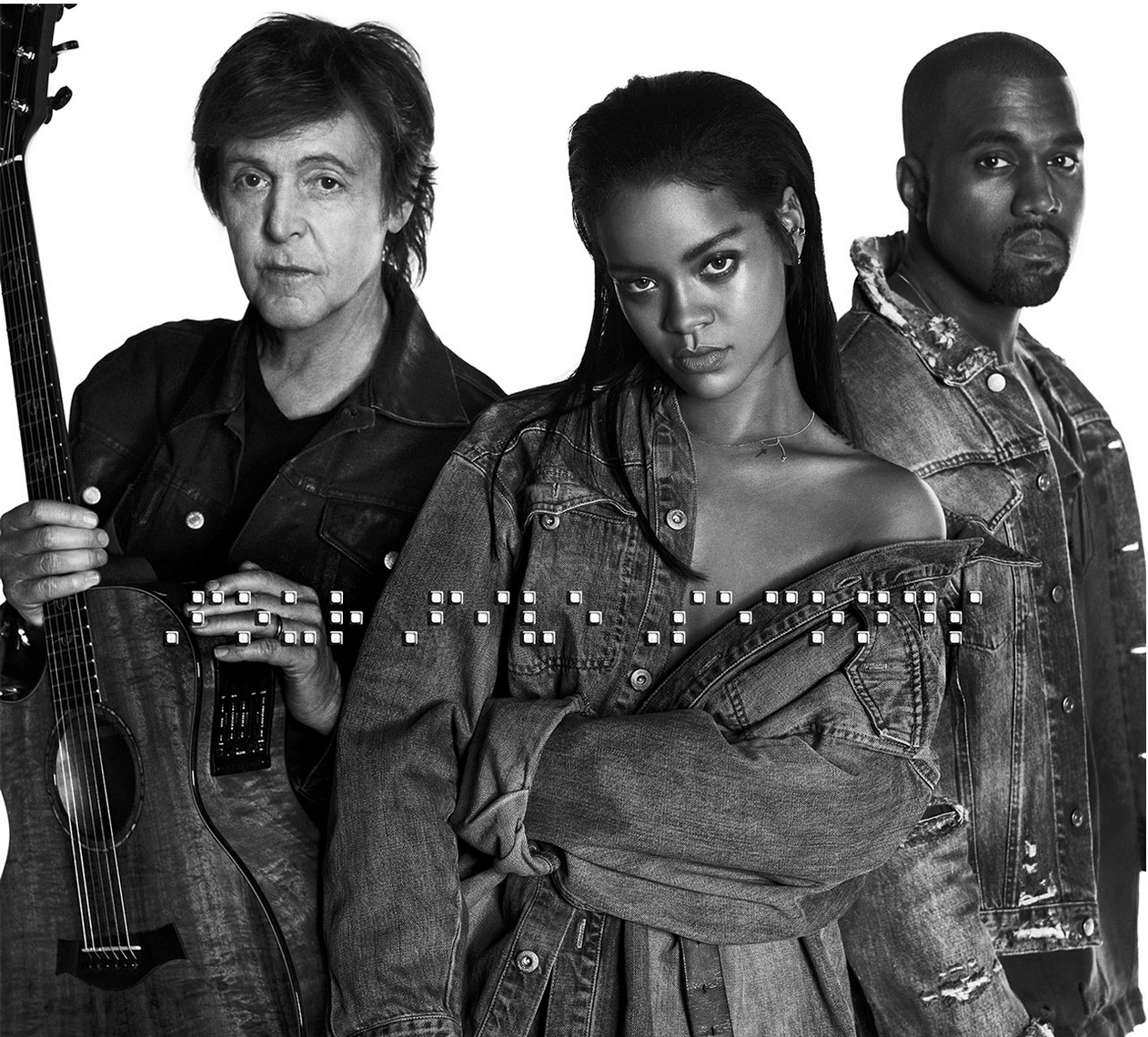 You can download it now, via iTunes / Rihanna’s website. As with ‘Only One’, Kanye and McCartney’s New Year’s Eve single, it doesn’t feature the ex-Beatle singing – instead, his role is strictly instrumental.

We’re guessing that Ty Dolla Sign is also involved – he revealed to Billboard that he worked on ‘Only One’, and had worked with the three artists here on a separate song.