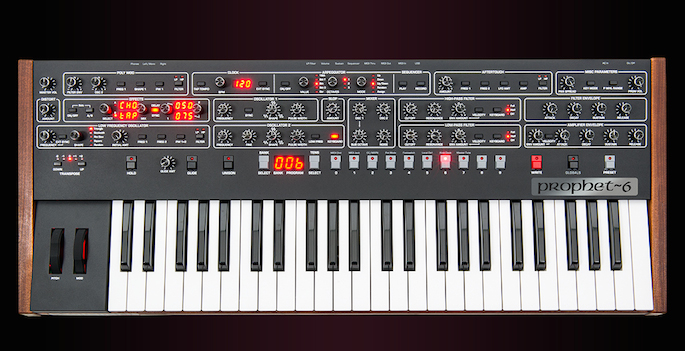 One of the synthesizers that shaped modern music gets an update.

Sequential Circuits’ Prophet-5 polyphonic synthesizer quickly became an industry standard when it was released in
the late 1970s, appearing on everything from Escape From New York to Thriller to Born To Mack. While the company first folded in the late ’80s, Sequential Circuits founder Dave Smith established Dave Smith Instruments in 2002 and released a new version of the Prophet-5 in 2007.

Now, Dave Smith Instruments has gone back to the drawing board, announcing a sequel to the Prophet-5 called — what else? — Prophet 6. The new synth promises “analog tone with the stability and reliability of a state-of-the-art modern synth.”

“It’s the result of our effort to build the most awesome-sounding, modern analog poly synth possible,” says Smith. Watch video and listen to samples of the synth in action below; head to Create Digital Music for a full analysis of the specs.