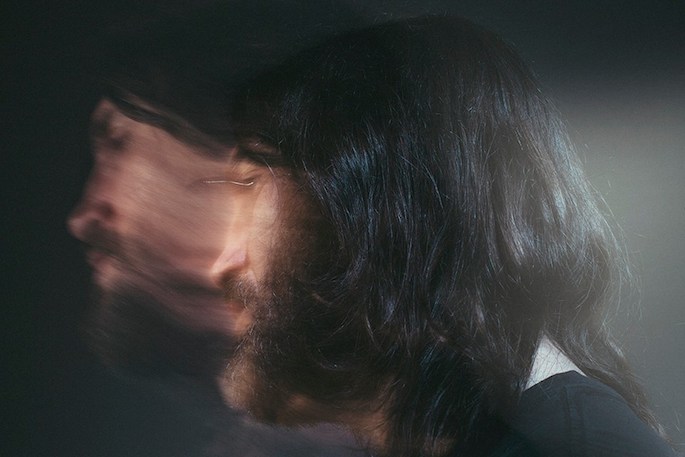 John Frusciante has always been one of the more experimental musicians to serve time with the Red Hot Chili Peppers (save for maybe Cliff Martinez): along with his guitar-focused solo work, he’s collaborated with both Mars Volta’s Omar Rodriguez-Lopez and Venetian Snares and knows his way around a modular jam.

In April, Frusciante will take his electronic experiments to the next level with his self-titled debut as Trickfinger. The album is being released by Absurd Recordings sublabel Acid Test, the sometimes-home to Donato Dozzy, Tin Man, Recondite, Paul Woolford and more. Frusciante writes:

“I started being serious about following my dream to make electronic music, and to be my own engineer, five years ago. For the 10 years prior to that, I had been playing guitar along with a wide range of different types of programmed synthesizer and sample-based music, emulating what I heard as best as I could. I found that the languages machines forced programmers to think in had caused them to discover a new musical vocabulary…

In 2007, I started to learn how to program all the instruments we associate with acid house music and some other hardware. For about seven months I didn’t record anything. Then I started recording, playing 10 or so synced machines through a small mixer into a CD burner. This was all experimental acid house, my skills at making rock music playing no part in it whatsoever. I had lost interest in traditional songwriting and I was excited about finding new methods for creating music. I’d surround myself with machines, program one and then another and enjoy what was a fascinating process from beginning to end…”

Trickfinger is due out on April 6/7. Lead track ‘After Below’ and the tracklist follow. [via RA]